The attraction of hydropower as a source of renewable energy lies in its low carbon emissions and the economic benefits for the surrounding communities. In fact, modern hydropower companies recognise a responsibility to those communities throughout the lifespan of a project and factor that into their goals.

Such is the case for Nam Theun 2 Power Company, which commenced operation of a hydroelectric dam on the Nam Theun River in Laos in 2010. Currently, the project generates 6,000 gigawatt hours annually, with a catchment area of more than 4,000 square kilometres.

Invested in by Électricité de France (EDF), the Electricity Generating Company of Thailand and Lao Holding State Enterprise, it is the largest infrastructure project of its kind in Laos, and its creation became an economic boon to communities upstream and downstream of its power station.

"This company is a success story," Marc-Antoine Rupp, who became Nam Theun 2’s CEO in June of 2022, says. "It’s been operating successfully in Laos for more than 12 years. When I arrived, I didn’t need to start from scratch, which allowed me to concentrate on the issues that really matter."

Having worked for French utility giant EDF Group for four years, Marc-Antoine was CEO at EDF, Sumitomo and Jera-invested Mekong Energy Company in neighbouring Vietnam when the opportunity to join Nam Theun 2 presented itself.

When I arrived, I didn’t need to start from scratch, which allowed me to concentrate on the issues that really matter.

With his years of experience in the region and the industry, the electrical engineering and instrumentation and control engineering graduate was an obvious choice. "I’ve managed teams across maintenance and engineering in different power plants across France, but after a while, you have to expand your horizons," Marc-Antoine admits.

The Ho Chi Minh City combined cycle gas turbine power plant was managed under a ‘BOT’ cycle – build, operate, transfer. "You build the plant, operate it for a certain period, and then when the time is up, you pass it on to the government," Marc-Antoine explains. "We’re doing the same here at Nam Theun 2."

The project is operating under a concession agreement scheme, which will see ownership transferred free of charge to the Laos government in 2035. "That means part of my mission is to help the company reach its best value while our shareholders are the operators," he adds. "But in a safe and sustainable way, allowing for the government of Laos to continue operating this infrastructure for many more decades to come."

Safety in particular has always been Marc-Antoine’s priority at Nam Theun 2. "It’s a key factor in our business, and we already have a great safety record," he points out. "Coming from a gas power plant, I know how important safety is, so I’ve been able to bring a strong safety culture to Nam Theun 2."

And then there’s sustainability, which is an obvious pillar for a hydroelectric company. "One of our immediate goals is to protect the area directly surrounding the project," he reveals. "It’s already a national park, but we’re working to get it heritage listed, which ensures the biodiversity here will be protected."

The water from the reservoir can be used for irrigation, and has already allowed locals to go beyond the single harvest of rice traditionally possible.

There’s also the matter of looking after the people who live on the reservoir’s plateau as well as downstream. Before the Nam Theun 2 project began in 2005, Laos was one of the poorest countries in the region; to date, US$750 million of revenue has been poured into environmental and social programs.

"We have a lot of people living around the reservoir, so our vision is to develop livelihood through agriculture, fisheries and tourism in these communities and beyond," Marc-Antoine stresses. "The water from the reservoir can be used for irrigation, and has already allowed locals to go beyond the single harvest of rice traditionally possible."

Ahead, Marc-Antoine says the company plans to develop a solar plant on the reservoir, making Nam Theun 2 into a hybrid project. "In Laos, we have two seasons: dry and wet. During the wet season, we fill the reservoir. In the dry, we empty the water step by step and hold it until the end of the season. But the dry periods are getting longer, and sometimes there’s not enough water."

The floating solar project will allow Nam Theun 2 to save water for when it’s needed most, he explains. "It’s a clear and sustainable way to face climate change."

Success in that arena will prove the long-term viability of the Nam Theun 2 project to its customers and partners alike; in fact, Marc-Antoine says customers are already seeing the benefits of the operation. "We have two main customers: EGAT in Thailand, which purchases 95 per cent of our electricity, and Electricity of Laos, which purchases five per cent," he continues. "We satisfy both by providing the most reliable, sustainable and cost-effective energy possible."

Everyone needs to win, so you need to clearly monitor the quality of the products and services in play. That's the key to a long and successful partnership.

Nam Theun 2’s partners are also enjoying the project’s success. "For me, partnership means having a long-term vision, so long-term contracts and common objectives," Marc-Antoine says. "Everyone needs to win, so you need to clearly monitor the quality of the products and services in play. That’s the key to a long and successful partnership."

At the same time, Marc-Antoine and his team at Nam Theun 2 are building the experience and competence of the local workforce, which took on a large percentage of plant maintenance during lockdowns brought on by COVID-19.

"We try to develop the human potential of that workforce so we’re not having to rely too much on international partners," he acknowledges. "That way, by the time we hand the project back to the government, they’ll receive a self-sufficient company with competent staff that’s able to run itself organically. It’s a virtuous circle."

Until then, Marc-Antoine remains at Nam Theun 2’s helm with his eye to the spy glass. "I see myself as the captain of a ship, which means I need to have a clear vision and be able to take clear actions," he says. "But this is a team effort. The leader cannot exist without a full team behind them." 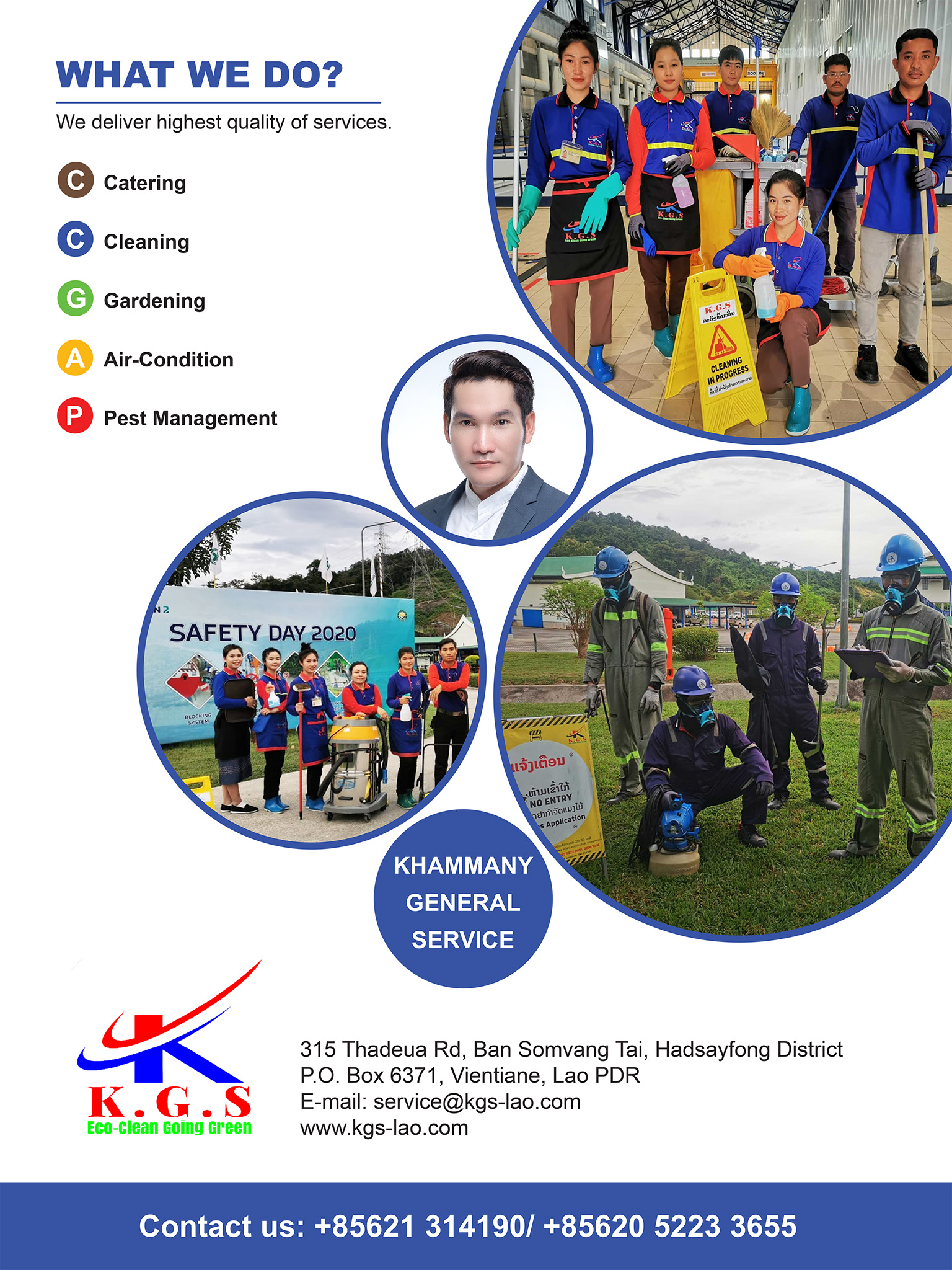 "Working with NTPC is a great opportunity for KGS to deliver the highest quality of services. We’ve strived to meet international standards in safety and environmentally friendly practices. We work hand in hand to promote and empower local workforces." – Khammany Rasphone, CEO, Khammany General Services (KGS)
By Michael Wayne
Michael Wayne worked across a variety of media companies including Nine Entertainment, News Corp and AAP before joining The CEO Magazine. Michael's work has appeared in publications including the Australian Financial Review, Lonely Planet, Australian/International Traveller and the Sydney Morning Herald.
Related Articles
Inspiring The Business World
The CEO Magazine is more than a business title; it’s a source of information, inspiration and motivation for the world’s most successful leaders, executives, investors and entrepreneurs. Our content creates conversations, our voice is the one that matters.