Planes, trains, trams and buses, Andrew Chan has worked on them all. From long-since defunct Ansett Australia to Yarra Trams in Melbourne, from V/Line trains in rural Victoria to his current role at Kastoria Bus Lines, he has transport in his blood.

Yet Andrew’s entry into the sector was hardly conventional. "I’m actually a qualified chef," he tells The CEO Magazine. "I did that for many years. I was a chef looking after first-class passengers on Ansett’s international routes. Then, of course, it went bankrupt."

Andrew’s journey since then has taken him on all forms of public transport across the Australian state of Victoria, eventually joining Broadmeadows Bus Service, later acquired by Kastoria in 2011.

After a hiatus of several years, Andrew rejoined Melbourne-based Kastoria as General Manager in mid-2021 at the invitation of Managing Director Dom Sita.

"He wanted me to come in and run the place since I knew the business. It was a perfect fit for both of us," Andrew recalls.

With more than 150 vehicles in its fleet, Kastoria Bus Lines is described on its website as the "beating heart" of Northern Transit Holdings, which also has Nationwide Tours and Seymour Bus Lines in its brand portfolio.

We’re going to be the first regional town in Australia to be fully electric and we’ll use that as a case study, and bring all the learnings to our larger depot. It’s a very exciting time for the business.

The latter is in the midst of a transformational project, awarded to it by the local state government, to become fully electric by the middle of next year. While Seymour only has a three-bus fleet, the importance of the project and the possibilities it presents for the wider business excite Andrew, who is spearheading the initiative.

"The Victorian Government put out a tender for a net zero emission bus trial, and I wrote the tender, got the tier one operators on board and put it together," he says. "And we were lucky enough to be successful.

"We’re going to be the first regional town in Australia to be fully electric and we’ll use that as a case study, and bring all the learnings to our larger depot. It’s a very exciting time for the business."

The project has involved close collaboration with a number of key partners, including Volvo, Mondo power and Siemens, all who have been instrumental in the process.

Partnerships go a long way in the bus industry, Andrew stresses, with some of Kastoria’s dating back decades, for which Dom Sita deserves enormous credit, he adds. "Dom is probably one of the most loyal people you will ever meet. Money doesn’t matter to him, the principal is much more important. That’s pretty rare," he says.

Andrew, it seems, possesses similar qualities as his boss. He is quick to praise staff for their efforts and reveals his pride at not simply driving change in an organisation, but doing so with a fully engaged workforce.

Change is not hoisted on staff. On the contrary, they are involved at every step and made to feel part of the company journey.

I am a firm believer in treating people how you would like to be treated.

"I’m very proud of my communication," he says. "I also believe the little things go a long way. We hold monthly barbecues, I personally call every member of staff on their birthday and send them a card.

"It’s the little things, the one-percenters that brings people into a team and they really do appreciate it. We celebrate and we compliment. I am a firm believer in treating people how you would like to be treated."

He reads a message from one of the firm’s long-term drivers, Kevin, who was clearly touched at receiving a personal message on his birthday. It ends with confirmation of Andrew’s own thoughts. "Small things mean a lot," Kevin writes.

Recognising staff is one of a number of creeds that shape Andrew’s approach to management. He is a firm advocate and actively recruiting for more female drivers, believing a balanced workforce brings out the best in people. An out-of-work young mum recently employed in the often male-dominated workshop instantly reshaped the dynamics.

"There was nothing wrong at all, but the demeanour and atmosphere changed. It was such a great thing," Andrew explains.

Respect is a running theme for the chef-turned-transport executive, who describes the bus industry as "tough", but without the unnecessary needle that perhaps infects other sectors.

I’m proud to have a really great connection with the other bus operators. I think that’s important. We’re a small family, the bus industry.

A competitive tender, for example, is keenly contested, but underscored with respect and even friendship. "I’m proud to have a really great connection with the other bus operators," Andrew says. "I think that’s important. We’re a small family, the bus industry."

Illustrating the closeness is Kastoria’s plan to share its learnings from the electric bus trial with competitors.

"We’ll do that so we don’t all make the same mistakes," Andrew says. "That’s what the industry is like, and I think it’s quite unusual in business. We compete for tenders but we’ll all shake hands at the end of the day and go for dinner."

A dinner, of course, which Andrew himself is more than capable of rustling up. 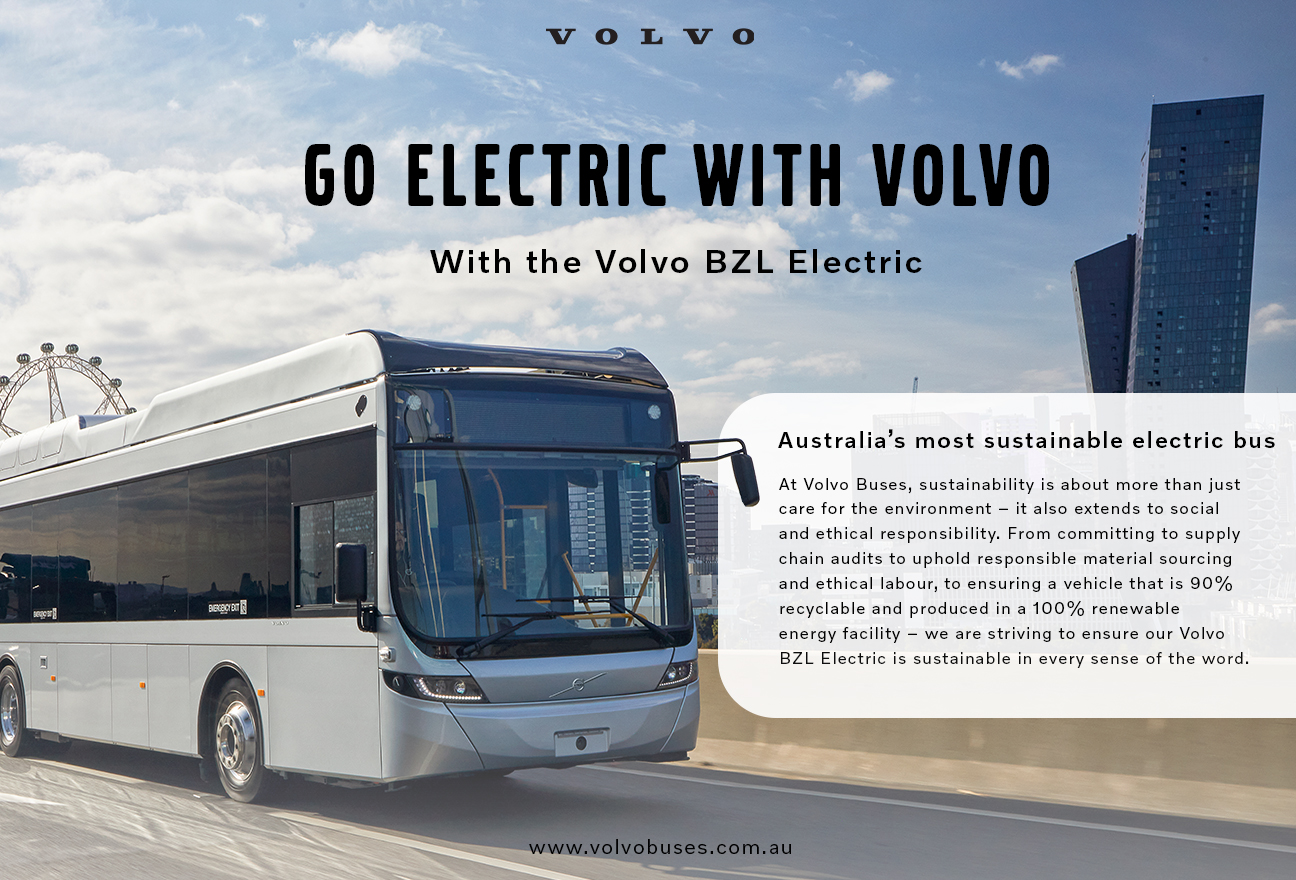