Luck – or the lack of it – runs in threes, they say. It certainly delivered three big hits in rapid succession for property valuation company Acumentis, its Managing Director and CEO Timothy Rabbitt and Company Secretary and CFO John Wise. First came a cyber attack that seriously affected the company’s operations in early 2019.

Compounding this was a second attack, allegedly by the same person, just a short while later. Fortunately, Acumentis had already taken steps to bolster its security and was prepared for the second attack, but nevertheless it hindered the company’s operation for a time. It was a lesson well learned.

"I think one of the big things that came out of the cyber attacks was a genuine focus on becoming the best, most secure, professional property services organisation, so we invested in achieving ISO 27001 and IRAP certifications – we’re the only property valuation and advisory company that has both of those certifications, as far as we’re aware," John shares.

"This proves to the outside world that we have very secure, private data management systems, which enabled our clients to re-engage with us through late 2019 and 2020, and allowed us to rebuild this business. We also have very supportive shareholders. We were able to complete a fully subscribed capital raise, and that’s where being a listed organisation helped us."

Cybersecurity consulting firm CXO Security worked hand in hand with Acumentis in response to the cyber attacks. CXO introduced the company’s underwriters, reassured clients and was instrumental in helping Acumentis achieve ISO 27001 in record time. It is still a critical partner in the company’s security protocols.

I think one of the big things that came out of the cyber attacks was a genuine focus on becoming the best, most secure, professional property services organisation.

"They’re the sort of local Australian organisation where the proprietors aren’t afraid to roll up their sleeves and sit next to us for months on end, and they continue to work with us to demonstrate the strength of our IT system," John says. "They were instrumental in helping us respond to the cyber attacks."

Back on its feet after these setbacks, COVID-19 reared its head and put Acumentis on a war footing again. This time the company was well prepared. "We spent a lot of time working with our clients and staff on COVID-safe plans," Timothy explains.

"Our clients were concerned about it, but our industry body worked with all of them so we could continue working, getting people out doing inspections and keeping home loans going. We didn’t want our staff going into a house with people who were sick. Overall, most of our business, from a finance valuation point of view, has continued to tick along reasonably well."

Today, Acumentis has expanded through organic growth and acquisitions to include more than 300 property professionals in 45 offices spread across metropolitan, regional and rural Australia. It was formed in 2019 through the strategic merger of three of Australia’s premier property valuation and advisory firms: LMW, Taylor Byrne and MVS National.

"What we have is an extraordinarily tight-knit and talented group of people," says Timothy, who formed Acumentis through the mergers.

"We’re a publicly listed company – the only valuation firm in that space. As a national player, we have a very strong regional business, which is really important to us. Regional property in Australia is starting to come to the fore again, and because we’ve got such a strong base in those areas that’s what differentiates us from others."

After the two cyber attacks, Timothy and John, along with company’s other directors, wondered how they could reinvigorate the business. One of their first decisions was a full cultural review, so they underwent a face-to-face interview process with more than half the staff across Australia, and invited input from everyone else by phone or email.

"Often you hear that culture is board led, and it is in our business, but because of what had happened we wanted everybody to have a say in what we did and how we did it," Timothy recalls.

"We got everybody’s feedback and we also went to our clients to talk about how we are perceived. They were interested in what had happened to us and, from that, we started to build what our culture is today, and that’s still growing."

John continues, "We started working on a one-team culture, what it actually means to be one team, and what our principles are. Over the next few months, we developed that into how we can demonstrate our internal compass, with our four guiding principles: north, east, south and west.

These were developed not just by the board and the leadership, but by our employees, and then finessed. We live this culture and celebrate it and our teams’ achievements through an award and recognition program, where our staff put forward their nominations for their team members.

"We talk about our never-give-up attitude, and we’ve restructured our culture and people around that. It’s made a massive difference to how we operate and how we get people engaged in our business. Because they’ve lived through it with us, they can see it’s not just for us, it’s for themselves, and they can see the challenge in front of them. We wanted to move away from mission statements or goals; we talk about guiding principles internally."

The pandemic’s impact on the Australian economy has been less damaging than predicted by many economists and, in fact, several sectors have enjoyed a rapid bounce back to near pre-COVID conditions. One of those is the property market and Acumentis was primed to play its part.

"The government’s very keen on building infrastructure across Australia, and infrastructure really helps in the property market and the space we’re working in. A lot of our economy is still built on the back of property," Timothy points out.

Even before its merger with Taylor Byrne and MVS National, and being publicly listed, it was apparent that a root and branch refurbishment of its operating systems was required. With board members and valuers scattered across Australia, it was obvious that sophisticated communications and a cloud-based documentation system were required.

The company installed BoardPro and continues to use it today. "Moving from a private company into the listed space with LMW, it was clear that we needed something better than just Microsoft Word documents. Having a cloud-based solution like BoardPro makes it accessible anywhere in the world from the cloud," John says.

"BoardPro is really an automated meeting system and we also use it for some of our executive committee meetings. It provides a structured way of holding a meeting, building the agendas, loading documents to share, and then taking minutes and action items. It automates all of that; it’s a complete step change from handwritten notes.

"What really highlighted its usefulness were the cyber attacks during 2019, when the company held 52 board meetings. As Company Secretary, pulling those together would have been impossible without a tool like BoardPro. "If I’d been required to do all that manually, I’d probably have quit," John laughs.

The more open and transparent you can be, the better off you are. You need to look after people, and look after yourself and your reputation.

"It made such a big difference. It’s a really tight piece of software to make sure that the critical things, the decisions, the action items out of meetings, are actually documented and followed up. A tool like BoardPro makes sure that there are decisions and actions. And it’s relatively local – it’s New Zealand software punching way above its weight. There are some more expensive, more cumbersome international competitors, so it’s a nice sweet spot for the software."

Acumentis also espouses CALUMO, a business intelligence software that was originally a financial reporting tool to, as John describes it, "help some poor accountant punching data into Microsoft Excel and emailing them out". "We now use it to calculate all commissions for our valuers," he reveals.

"They can serve their own statements and drill down to see the sales and valuations they’ve done in detail. We use it for budgeting and forecasting, and can put together a budget from the ground up in literally a couple of days. It’s a local success story for an Australian company, and they are now in the UK, Europe and America. You don’t need to understand the data to extract information, so we don’t have people operating in silos, and they can understand what happens across other parts of the business. That’s the real flexibility of it."

Inevitably, Acumentis suffers the very occasional disgruntled client who disputes its valuations. Professional indemnity insurance is critical in such circumstances and, after employment, it is its second biggest cost.

The company uses Howden UK, a specialist broker for professional services backed by Lloyd’s of London. Having its broker based in London provides better access to the ultimate underwriters, John says, and Howden has a strong presence in Australia.

"They’ve been instrumental through our cyber issues, working very closely with us and the underwriters to make sure the appropriate insurance responded to help us. They really understand our business," he adds. Acumentis’ team spirit is a primary driver for Timothy. He’s passionate about the business "because ultimately it’s still a people business", he insists.

"We provide valuations and advice, but also how we provide them, and the career goals of those people who work for us – that’s what I’m really interested in. It’s seeing people in our business grow and develop. I get more out of that than anything else. We’ve always got to remember that it’s a people business.

"We want to bring our people along for the journey and share with them. The reason we got through 2019 is that we didn’t shelter information from people, because the world was full of rumours. We were always up-front and honest, and told them what was happening and where we’re going. I think that’s one of the biggest lessons I’ve learned over the past couple of years – the more open and transparent you can be, the better off you are. You need to look after people, and look after yourself and your reputation, because at the end of the day, you only get one reputation. That’s something I try to drive into all the young people who come through here."

John is pragmatic in his estimation of the business’s future by setting realistic goals and working back from them. Despite the travails of the past couple of years, he insists he’s not a worrier.

"If there’s a problem and you can’t fix it, don’t worry about it because there’s no point. But if you can fix it, then stop worrying about it and fix it," he explains.

"That’s something I’ve taken through my life from my father, and it allows me to step back and not drown in worry and stress. It certainly served me well in the past couple of years!" Timothy agrees. Together they’ve weathered a troika of storms and are more determined than ever to move forward through calmer seas. 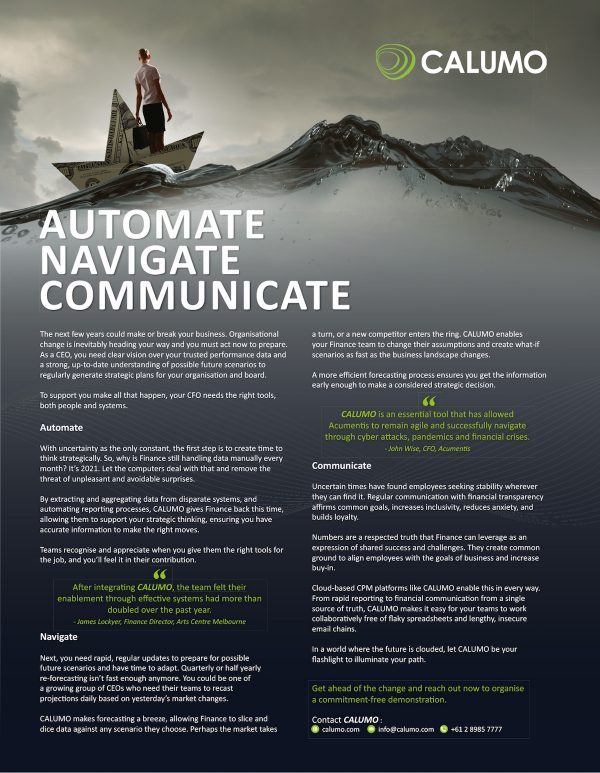 Board Pro
howden
By Stephen Crowe
Steve has worked in magazine publishing for three decades as a writer, editor and photographer, covering a multitude of subjects including business, motoring, photography, environment, entertainment, film and music, luxury lifestyles and property.
Related Articles
Inspiring The Business World
The CEO Magazine is more than a business title; it’s a source of information, inspiration and motivation for the world’s most successful leaders, executives, investors and entrepreneurs. Our content creates conversations, our voice is the one that matters.