Property markets as tumultuous as Australia’s benefit significantly from a visionary developer. Amid haphazard repurposing and lengthy redevelopments, master-planned communities are emerging as winners among first home buyers and those seeking a brand-new home of their own.

Take North Harbour, for instance. Less than an hour away from the volatility of Brisbane’s housing market, it is a A$2.7 billion project on an 800-hectare site amid the thriving Moreton Bay region.

The location boasts nine kilometres of river frontage, easy access to the M1 motorway and close proximity to the established communities of Morayfield and Burpengary – and all that before a single dwelling was built.

The promise of North Harbour is the creation of a vibrant new locale that’s a mix of both residential and commercial sectors. North Harbour Project Director Bryan Finney believes the site’s potential is enormous.

We’ve had a long-term vision for this site as an exceptional master plan mixed-use community with the marina as the jewel in the crown.

"What we’re ultimately hoping to achieve is a 400-berth marina, marine industry precinct and a significant waterfront community alongside it," he tells The CEO Magazine. "We’re also taking steps to deliver a sizable business park on the site which, for context, is roughly 60 per cent the size of Brisbane’s CBD."

Throughout his three years as Project Director, Bryan has been closely involved with the creation and evolution of the North Harbour plan.

"We’ve had a long-term vision for this site as an exceptional master plan mixed-use community with the marina as the jewel in the crown," he says.

"We’ve seen support from the community and all three levels of government grow in that time, so it feels like we’re getting into a very exciting time in the life of the project. The momentum is growing as far as being able to deliver what we’d like to achieve."

Bordered by the Bruce Highway and the Caboolture River, the North Harbour site is, according to Bryan, a "legacy opportunity" – much of it has been in private ownership for close to 160 years.

"One significant component of the project is that over 400 hectares of the site will be made into publicly accessible open space," he reveals. "For context, that’s about 20 times the size of Brisbane’s South Bank."

Understandably, a parcel of land as large as North Harbour has some expectations attached as far as take-up goes, but Bryan says demand is already on the rise.

"There’s currently a community of about 3,000 on the site that’s developed around the delivery of around 1,200 home sites over the past five years," he explains.

"Ultimately, we’re expecting a community of 12,000 people, with the business park component expected to deliver around 6,000 ongoing jobs."

Ultimately, we’re expecting a community of 12,000 people, with the business park component expected to deliver around 6,000 ongoing jobs.

Once the marina and open space are completed, they’ll form a significant destination opportunity for the northern end of the Moreton Bay region. It is, Bryan confirms, all in accordance with council projections.

"Moreton Bay is one of the fastest-growing regions in Australia, and that’s set to continue," he says. "Council’s forecasts are that another 210,000 people will come to the region by 2041, increasing the current population of 480,000 to a projected 690,000."

With so much at stake, it’s crucial that North Harbour gets things right. "We’re identified as one of five key projects in the region under Council’s regional economic development strategy, which seeks to deliver an additional 100,000 jobs," he points out.

"We’re in constant communication with them about our vision, how we’d like to see it develop and how to make sure it aligns with their vision."

North Harbour has come a long way already in five years, but Bryan believes the next five years will be even more important. "We’re close to finishing the first little village on the site," he says. "At the same time, we’re working full steam to deliver the first stage of our business park."

Add to that an arterial road through the site, which will connect North Harbour’s residents directly to the Bruce Highway, and a bulk earthworks program aimed at preparing new development fronts for civil construction, and North Harbour’s parent company Port Binnli Group will have its hands full for years to come.

Fortunately, Port Binnli Group has a strong track record in the field.

"Our biggest project prior to North Harbour was Mackay Marina, which was built just over 20 years ago," Bryan explains. "The company still owns the 475-berth marina up there, so everything we do is built with the same long-term ownership in mind."

Also, it’s not alone. "We’ve built up a network of trusted consultants and contractors," he adds. "The company itself is a fairly close-knit organisation – we have a staff of 15 – so we rely on those close associations with our technical experts, landscapers, contractors and so on. Experience and expertise is something we place a lot of value in."

With the end goal of a thriving community, Bryan feels there’s much to be proud of in developing North Harbour.

For us to deliver a project that provides a strong community as well as meaningful environmental outcomes is something I’m very proud of.

"This is a site that was a pine plantation forestry zone for 40 years," he says. "It was heavily degraded when we began rehabilitation work over 10 years ago. So for us to deliver a project that provides a strong community as well as meaningful environmental outcomes is something I’m very proud of."

A local himself, Bryan feels a strong connection to the North Harbour site. It’s a link that makes the work he’s doing that much more important.

"My old high school was only 10 kilometres down the road," he reflects. "I’ve moved away a few times, but I’ve always come back, and now I’m raising my family here.

"I get a lot of satisfaction that in delivering this project, I’m making that possible for so many others as well." 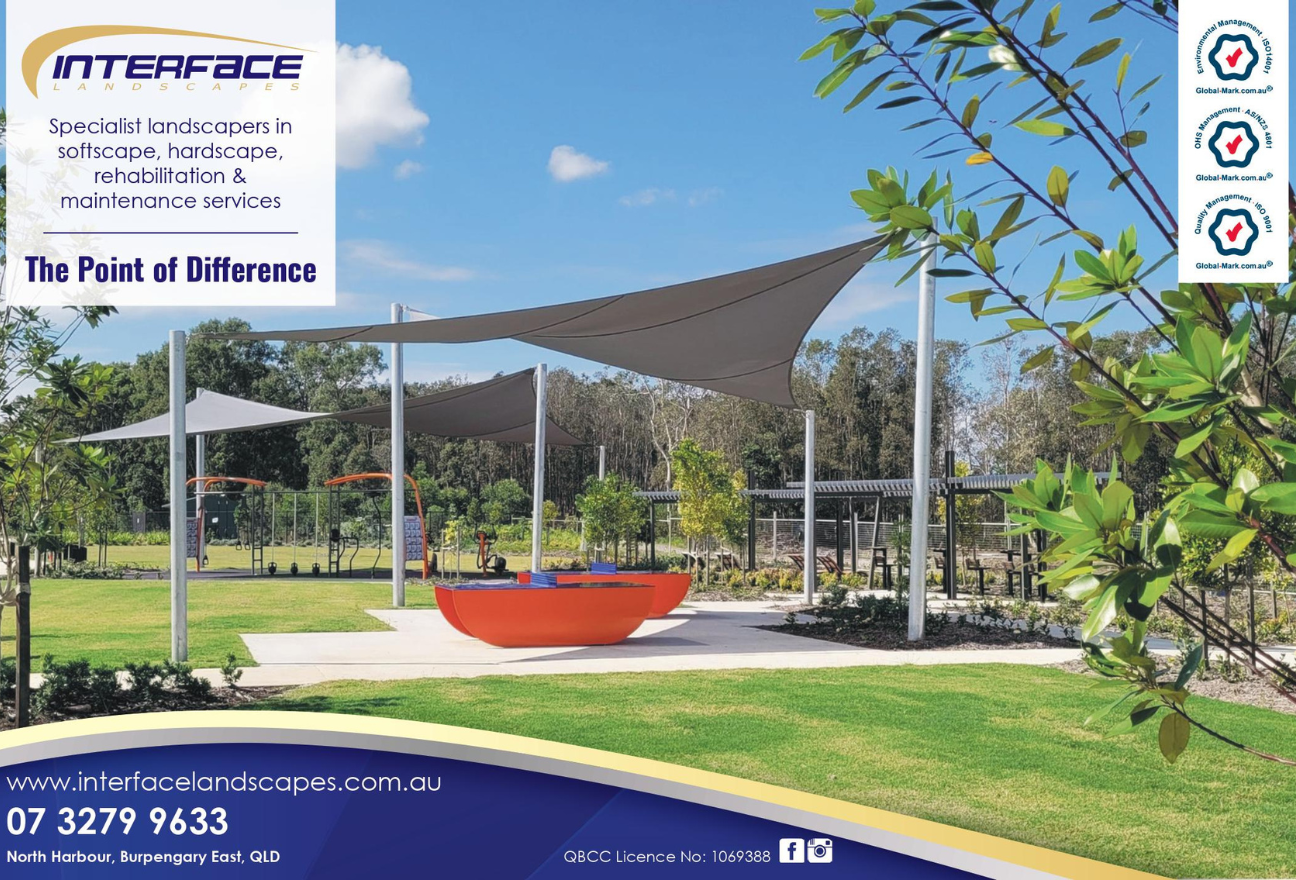 "Interface Landscapes has been working with North Harbour since its inception. We have completed numerous parks, wetlands, rehabilitation areas, streetscapes and sales offices. It has been exciting to watch the development of the area and be integral to its establishment." – Dave Taylor, Director, Interface Landscapes
JWAEC
By Michael Wayne
Michael Wayne worked across a variety of media companies including Nine Entertainment, News Corp and AAP before joining The CEO Magazine. Michael's work has appeared in publications including the Australian Financial Review, Lonely Planet, Australian/International Traveller and the Sydney Morning Herald.
Related Articles
Inspiring The Business World
The CEO Magazine is more than a business title; it’s a source of information, inspiration and motivation for the world’s most successful leaders, executives, investors and entrepreneurs. Our content creates conversations, our voice is the one that matters.