Nick Haggar’s father suffered from a heart condition that required him to take medication for his entire life. As a child, Nick saw how the disease made simple things difficult or impossible for his dad, and this inspired him to pursue a career where he could help people with similar issues.

"My father didn’t enjoy a normal life," Nick says. "At times, he was quite restricted in what he could do. So I wanted to be part of something that would be helpful – helpful to him and helpful to people like him."

So, at the age of 21, Nick entered the healthcare industry. Today he is CEO of Zentiva, a Prague-based pharmaceutical company that specialises in off-patent medicines and serves around 100 million people a year across 50 countries. The firm employs around 4,700 people, with four manufacturing sites in Prague, Bucharest and Ankleshwar, and also has a physical presence in 30 countries.

"My purpose is to try to help as many people as possible have access to high-quality, affordable medicines, to live better lives and to live life to the full," Nick says. "That motivates me every day."

My purpose is to try to help as many people as possible have access to high-quality, affordable medicines, to live better lives and to live life to the full.

Zentiva’s role in the pharmaceuticals market is to offer lower cost drugs to a wider section of the market once the drugs’ patents have expired. While the company does not have its own drug discovery, it innovates to improve the patient experience – for example, by developing new combinations of drugs to better manage symptoms or offering a new way to deliver a drug.

"Companies like Zentiva enter the market and bring competition with our own bio-equivalent medicine," Nick explains. "At that moment, the pricing of the medicine comes down and the number of patients receiving access to that gold-standard medicine goes up. Healthcare budgets don’t increase, in fact these medicines can come in under budget, allowing the difference to be reinvested."

Offering lower-cost generics and expanding the market in vital drugs is a model that Nick finds extremely motivating; the better Zentiva does as a business, the more people stand to benefit.

"As Zentiva grows, more patients get the medicines they need," he says. "Every single year, as Zentiva grows, we reduce the cost of medicines across Europe. I love that. It’s a great passion of mine. It drives me and we work hard as a company to connect everybody to that purpose.

"It’s also a bit of a guiding light because it helps you make good decisions," he adds. "It helps you keep a balanced view. We are here to grow the company and perform financially, but we have an incredible role to play in public health and in society. We have to make sure that we achieve both those objectives."

Shortly after Nick became Zentiva’s CEO in early 2019, the company set out on an ambitious plan to double the size of the business, from €700 million to €1.4 billion in sales, within five years.

"As of the end of 2021, we’re about a €1.2 billion sales company, so we’re well on track to doubling the company in five years," Nick says. That growth has been achieved thanks to an insatiable desire among his team to seek out and deliver to underserved markets, which has been made possible thanks to the backing of Zentiva’s private equity parent company, Advent International.

"Everyone in our company can put their fingerprints on differences that we are making every day, whether that’s new combinations of medicines, better ways of helping patients or being able to respond when a country or a customer has no supply, and Zentiva is able to fill the gap and make sure there’s a continuous flow of medicines," Nick says.

As Zentiva grows, more patients get the medicines they need.

"I love the team that I’m with because we are doing so much good, but there is so much opportunity to do more. Being a fast-growing company with a private equity backer, we have the ability to invest in our teams, invest in our technology, invest in our manufacturing sites and invest in helping patients," he adds.

As well as being a way to reach more patients, growth is what Nick calls "the magic ingredient" – it helps demonstrate to everyone within the company, and all the stakeholders outside of it, that the formula is working and that being on board with Zentiva is worthwhile.

"All partners involved in this see the benefit – patients get benefits, payers get benefits, the company grows, there’s more opportunity in the company," he says. "It’s exciting. It’s a dynamic environment and really supported by this growth mindset. It gets me going each day because every day there’s something new, something more we can do, and it just keeps coming."

While his inspiration for entering the industry comes from his father, the framework that Nick uses to guide him as a leader comes from his wife, Jacqui, who is, quite conveniently, an executive coach.

"She came up with a model a long time ago called CORE: courage, openness, resilience and energy. It’s a framework that I keep going back to, whether I’m confronted with a new situation or I’m thinking about the business, but it also plays extremely well when your path ahead is uncertain," Nick says.

The CORE framework gives Nick a calm confidence in the face of challenges, he says, and helps him to maintain empathy towards those around him when things don’t go the way he wants them to.

We are here to grow the company and perform financially, but we have an incredible role to play in public health and in society. We have to make sure that we achieve both those objectives.

"People are suffering around you in different ways," he says. "They’re uncertain. In some cases, they’re lost. Some of your business partners don’t know where they’re going, and that ability to empathise and connect and to show resilience, to really show the caring dimension, makes all the difference."

Nick always tries to bear in mind, whoever he’s dealing with, that "everybody is challenged, not just purely professionally but in a rather unique way, a profound way, privately and personally as well as professionally".

His empathetic approach is not just an individual leadership strategy; it also feeds into the fundamental values of the company, which prizes ethics and responsibility throughout its hierarchy and among its external partners.

It has been particularly valuable to have such values in the face of the COVID-19 pandemic, Nick says. "I think in these moments, it reminds you how powerful it is to have a good centre, to be building a healthy company that you’re proud of, because there are certain things that carry you through. One of those things in our company is our sense of responsibility, that we have to put other things aside and focus on what’s going to make the biggest difference to the most people."

With any decision the company makes, Nick and his team always try to look ahead 10 years to imagine how that decision will be judged in the future, he says.

"Did we as a leadership team, as a company, do everything we could?" he says. "Did we imagine the possibilities and did we really try to do the maximum? With that kind of future standard looking back at you, I think that encourages you and gives you the courage to do more and the energy to do more."

The key areas where Zentiva is focusing its innovative efforts at the moment are cardiology and oncology. Despite the prevalence of numerous cancer and heart disease drugs, the company still sees many unmet needs. That does not mean Zentiva’s researchers are on the hunt for new types of drugs, but rather new ways of combining existing drugs and new ways of delivering them.

Zentiva also uses its expertise to make work easier for medical professionals as well, for example, by making it easier for nurses to deliver certain drugs. The company keeps a close eye on emerging technologies and works to incorporate them into its offerings.

I love the team that I’m with because we are doing so much good, but there is so much opportunity to do more.

"We’re deploying and exploring how to make existing medication work even better. For example, we’re exploring nanotechnology films, rapid dissolving films and new technology platforms that are only just now coming into the mainstream," Nick says.

With a goal of reaching carbon neutrality by 2030, sustainability is another core priority. Zentiva’s European manufacturing sites already run on 100 per cent renewable energy and, in the last year alone, strides have been taken to reduce water consumption (its Bucharest site decreased overall water usage by 35 per cent in the last year). The company has also planted over 40,000 trees.

Nick also explains that its research and development team is looking at ways to reduce the impact of its drugs on the environment as well. When someone takes medication, a large amount of it passes through their body and ends up in the water supply. So Zentiva is working on delivery systems that ensure the medicine stays in the patient. Sometimes, this means giving a lower dose that is taken up more efficiently by the body.

"That innovation stream looks pretty promising," Nick says. "It’s a complex path, for sure, but we believe if you look at the future standard, this is the work that should be done."

Finding the answer to such problems may not be the easiest task for Zentiva, but Nick didn’t join the industry for easy wins. He did it to make a difference.

mAbxience is a world-leading fully fledged biotech company, with over a decade of experience in the development, manufacturing and commercialisation of biopharmaceuticals. 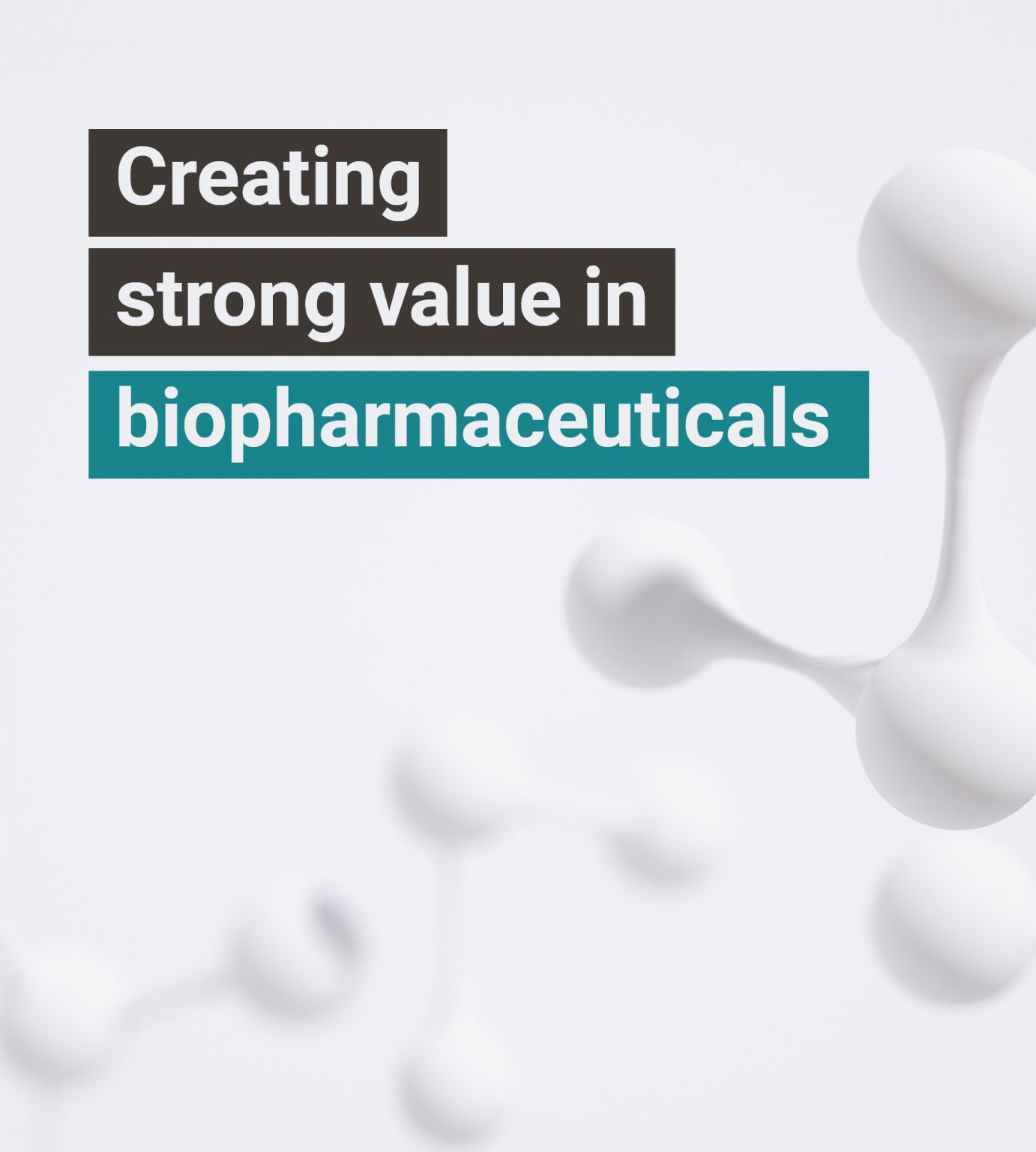 
MSN
Xinhua
By Jacob Goldberg
Jacob Goldberg is a writer from Los Angeles. His reporting on human rights and natural disasters in Southeast Asia has appeared in The Guardian, Al Jazeera and Columbia Journalism Review.
Related Articles
Inspiring The Business World
The CEO Magazine is more than a business title; it’s a source of information, inspiration and motivation for the world’s most successful leaders, executives, investors and entrepreneurs. Our content creates conversations, our voice is the one that matters.