It’s Friday afternoon, sometime in 1994. Jon’s parents have just booked a weekend away at a bed and breakfast about three hours out of town. The task took hours of scouring the phonebook and ringing around, tying up the line while Jon grew increasingly impatient. He’s keen to start planning his own weekend, which will kick off with a trip to the video store with his best friend Rich to rent movies and games.

A few blocks away, Rich places his 33rd call to Jon’s house. For the first time in more than an hour, Rich gets a ringing tone instead of a busy signal. As the two plan their journey to Blockbuster, Rich’s gaze drifts to the window and his Datsun beyond, and he wonders if he’ll have enough juice to make it.

"As Jon plugs the car in to charge, his wife scrolls through Uber Eats in search of dinner options for the family."

In 1999, the familiar jingle emanates from Jon’s Nokia 3210, barely audible over the sound of his Discman. Rich tells him to head on over; it’s arrived. Later, the two will tear open the package labelled ‘Netflix’. By avoiding the 45-minute round trip to Blockbuster, Rich will have just enough petrol to get to work the next morning.

In 2008, Jon texts his boss to say he’s too sick to make it into the office today, but he’ll have the report done by COB anyway. He fluffs up his couch pillow, props the laptop up on his stomach, hits play on iTunes and gets to work.

In 2019, Jon pulls into the driveway of the Airbnb in the early evening. The kids burst from the car, eager to stretch their legs. The iPads on the backseat are the only evidence they were ever there. As Jon plugs the car in to charge, his wife scrolls through Uber Eats in search of dinner options for the family.

More than a good idea 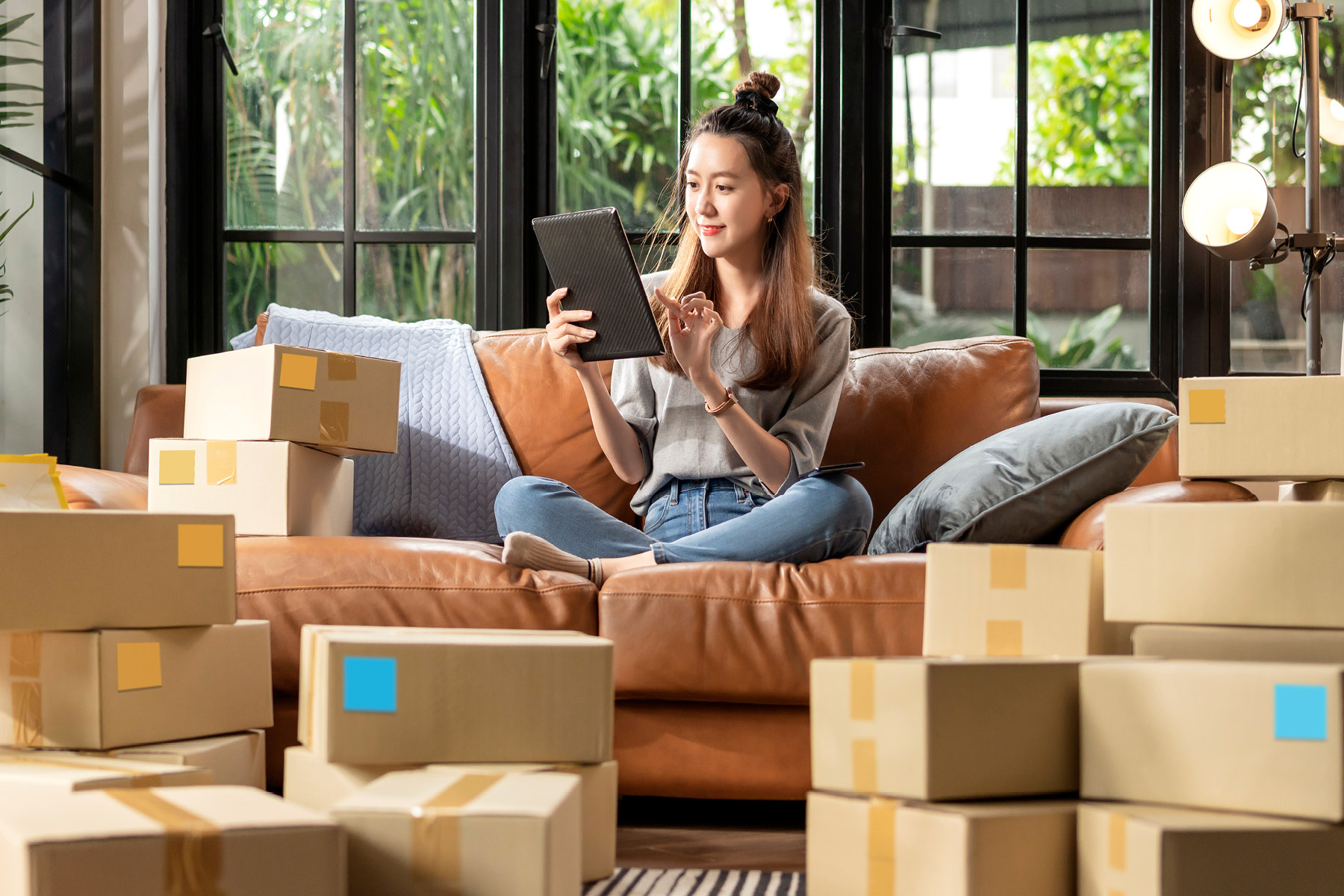 Disruptive brands are more than a good idea. They hit their industry – and the world – like a bomb and rearrange the entire landscape, sometimes overnight. The ultimate extension of the ‘thing you didn’t even know you needed’ concept, disrupters tap into a deep-seated junction of need, empathy and innovation by disregarding the rule book. The impact is such that consumers are left unable to recall life before it.

In the early 90s, Jeff Bezos entered the fledgling online retail industry with a vision of a world where home delivery wasn’t just for pizza. Ahead was a crimson tide of preconceptions that sharing credit card details over the internet was a scary no-no.

Once the public warmed to the concept of being able to order just about anything from the comfort of their homes and have it arrive at their door soon after, Bezos’s company Amazon shuttered thousands of bricks-and-mortar stores and put the retail industry on notice – get online or die.

The greatest disrupters don’t simply ‘do it better’, either; they do things differently but in a way that’s familiar enough to make sense to consumers, and that carefully treads the fine line between excitement and terror.

Putting existing brands on notice is one of the most effective ways to forge a place at the table for your own.

The electric car had, for much of the 20th century, been a dream straight out of science fiction. In the far off future of 2003, engineer Martin Eberhard had a dream of his own: to enter the automotive industry not simply as manufacturer, but as a technology company as well. With innovation in its DNA, in 2008 Tesla developed the Roadster – the first lithium-ion battery-powered electric car.

The Tesla team didn’t jump straight into mass production of an entire market’s worth of cars, however. The Roadster, a high-end sports car, specifically targeted a premium audience and was designed to generate funding for a fleet of mainstream vehicles down the line. Today, they’re well on the way, and traditional car brands are scrambling to catch up.

Putting existing brands on notice is one of the most effective ways to forge a place at the table for your own. Coca-Cola and Pepsi were the two biggest names in the drinks market in 1982, the year Austrian marketing executive Dietrich Mateschitz travelled to Thailand on business. Heavily jet-lagged, Mateschitz was offered Krating Daeng, a local concoction truck drivers used to stay awake on long journeys.

Surprised by its effectiveness, Mateschitz took the drink westward under the loose translation ‘Red Bull’, and the multibillion-dollar energy drink industry was born. But the product wasn’t enough to achieve the kind of market dominance Red Bull enjoys today – a staggering 43 per cent share. In the extreme 90s (when else?) Red Bull began to target adrenaline junkies and the high-octane sports crowd most likely to benefit from the drink’s kick. The brand is now synonymous with extreme sports events and offers weekend warriors a taste of greatness.

Inclusivity and empowerment are powerful tools when it comes to breaking new ground. The weekend getaway has come a long way from the days of plush hotels and even modestly priced motor inns, and a big part of that is down to Airbnb. Created to combat San Francisco’s choked accommodation options, the company allowed anyone to turn their homes into staycation venues and make a few bucks in the process.

The public instantly saw the possibilities: an affordable alternative to the established order (a la Uber); a chance to turn an empty abode into a moneymaker; and a way to experience a destination through a local’s eyes. In another parallel with Uber, the accommodation sector didn’t take kindly to the upstart company stealing its thunder. Airbnb’s rise was made even harder by the various legal hurdles involved in the short-term leasing of one’s property. Despite the challenges, Airbnb has become a billion-dollar success story, shaking up one industry and creating another.

Disruptive brands do more than leave the competition in their wake; they leave the past on a slab.

The impact crater is planet-sized, and for years to come we will discover artefacts from the time before. An iPhone will take photos of old rotary dial phones and post them online with ironic commentary. A Netflix series about the rise and fall of Blockbuster Video will stream to millions of households. A Tesla will park beside the unit block that used to be a petrol station and silently recharge.

Disruptive brands do more than leave the competition in their wake; they leave the past on a slab.

Read next: Why successful advertising jingles and mascots are on the brink of extinction

By Michael Wayne
Michael Wayne worked across a variety of media companies including Nine Entertainment, News Corp and AAP before joining The CEO Magazine. Michael's work has appeared in publications including the Australian Financial Review, Lonely Planet, Australian/International Traveller and the Sydney Morning Herald.
Related Articles
Inspiring The Business World
The CEO Magazine is more than a business title; it’s a source of information, inspiration and motivation for the world’s most successful leaders, executives, investors and entrepreneurs. Our content creates conversations, our voice is the one that matters.