We tend to think of the world’s biggest brands as monoliths – perpetual, immovable, ingrained in the fabric of our lives to the point where we start to wonder why they need to advertise at all.

Does a day ever go past where you don’t at least see an Apple product, if not touch one? Surely there’s barely a waking hour in our lives where we’re not interacting with Google, a brand so vast and intertwined with the way we live that it’s now considered a verb.

But the fact is that the global dominance of these brands is a reasonably recent phenomenon. You might even be able to remember a time when there were other search engines – Yahoo! or even AltaVista, anyone?

As recently as the year 2000, the top brands on Earth were Coca-Cola, Microsoft and IBM respectively (followed by General Electric, Intel, Nokia, Ford, Disney and McDonald’s). The fizzy drink maker stayed at the top of the Best Global Brands Rankings from 2000–2012. That was the year that Apple made its way to the top, where it has remained ever since (although Amazon and Google are nipping at its platinum-plated heels).

So how have those brands risen to such powerful prominence? What do they do so much better than their competitors? And what does the example of Kodak – a brand that was seemingly too big to fail … until it did – tell us about just how fickle the success of a brand can be?

It might not be ranked number one, but in terms of dominating its market, it’s hard to go past the staggering success of Google, according to Associate Professor of Marketing at UNSW Sydney Nitika Garg.

"It’s a story of sheer dominance on product quality, whereas if you look at Microsoft, it has failed so miserably," Garg says. 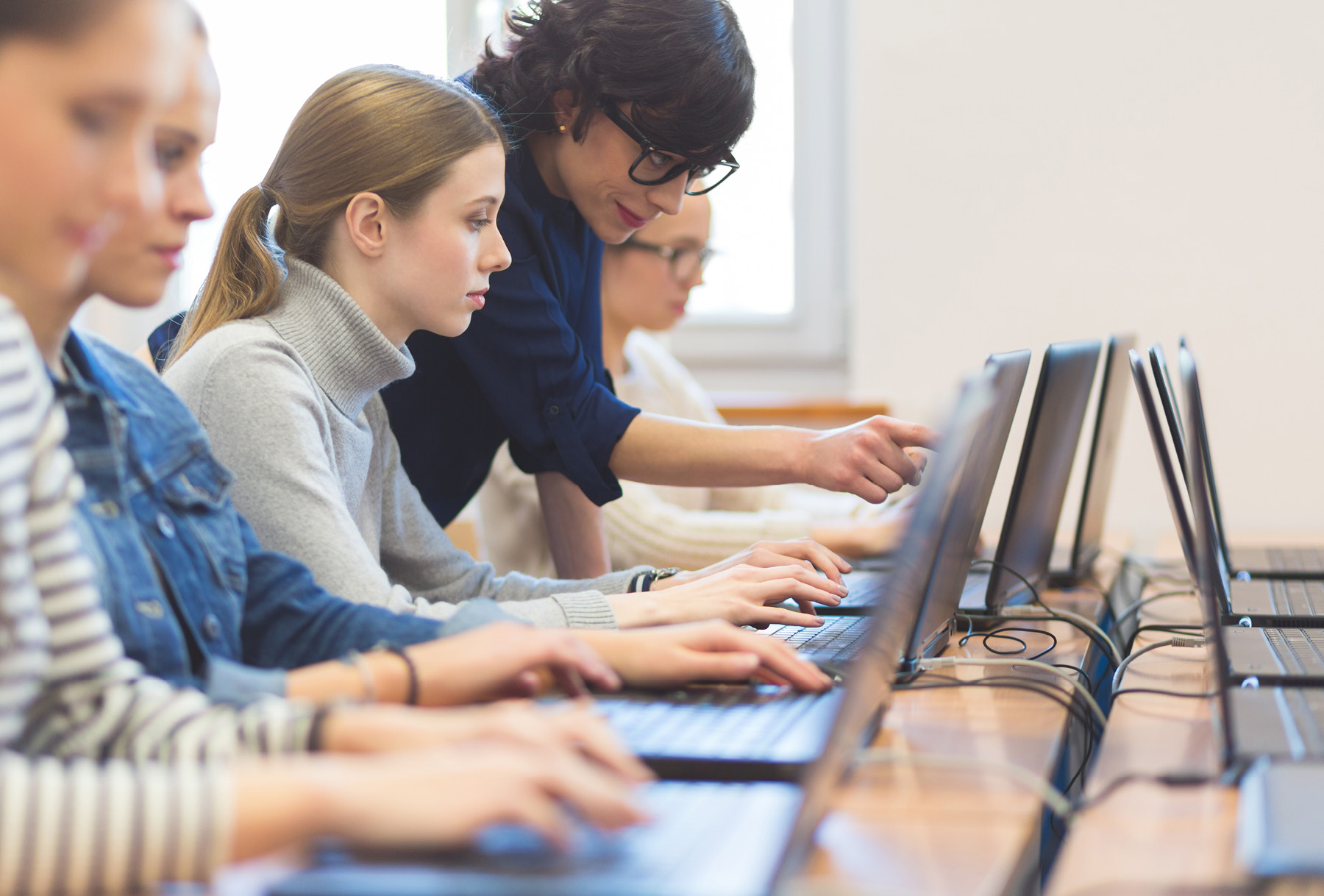 "As a researcher, I often talk to other colleagues and I ask, ‘What happened with Microsoft? They have the resources, how can they be so terrible? How is it possible?’

"I haven't seen a search engine that comes close to Google. They had competitors, but they’re all gone, and then they are building synergies across categories.

"So if you think of Google Photos or Google Drive, these are things that people didn’t even recognise or think they would need. Now, how many of us end up using these products? Almost everyone does."

So, being brilliant and innovative is obviously one way to drive success, but the one company even stronger financially than Google is the one we often use to access the ubiquitous search engine – Apple. And while it has far more competitors, including Samsung, which is also one of the world’s most successful brands, it has managed to stand apart by not necessarily being the best but rather by being the coolest.

Garg says the secret there is creating desirability through design. Apple doesn’t just sell devices or computers, it sells an image and while that image might have been ‘more-geeky-than-mainstream’ back in the days of the company's jelly bean coloured iMacs, that all changed with the launch of the iPod in 2001 and then, six years later, went to the next level with the launch of the iPhone.

"When we are teaching here, the laptops in classes are all dominated by Apple, even though, if you ask the experts, their laptops are not actually the best," Garg says. "But that's what they’ve done really well; they’ve understood who the consumer is, because they’re not trying to please everyone and they’re not just after the tech-savvy types any more.

"They’re going after the consumer who values the aesthetics, the sleek look of Apple, the promise of Apple that it is the top of the line, which signals that they can afford this product. And it's a form of conspicuous consumption as well. It’s a symbol that says, ‘See, I can afford an Apple,’ or ‘I can have the latest Apple device.’

"And then Apple also backs that selling point up with excellent service because that’s very important as well. People expect consistent quality and you don’t want to break the consumer’s expectations or let them down as that’s when they will readjust their view of the brand and their preferences."

When it comes to selling an image rather than just the product, the world of premium brands operates at an entirely different level.

These days, Professor Ian Phau is the Director of the Luxury Branding Research Cluster at Curtin University, but he used to work for LVMH, a French company that incorporates some of the world’s most exclusive brands including Louis Vuitton, Moët and Chandon, Hennessy, Bulgari, Fendi, Christian Dior and many more.

He explains that the world of luxury brands inverts everything about the way other products are marketed. 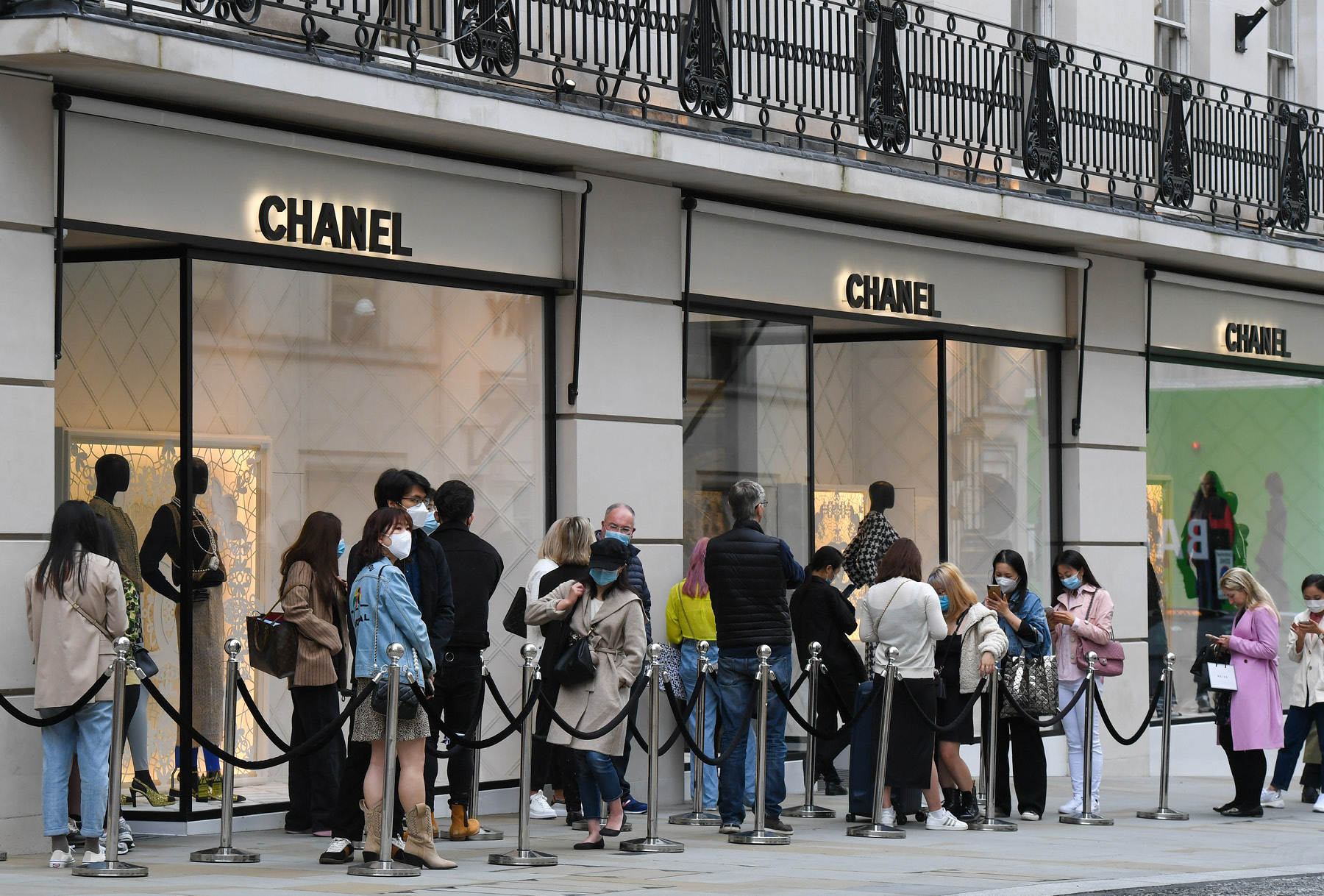 "When you talk about the luxury industry, you are talking about exclusivity, scarcity, rarity. So the less of that particular product, the more consumers want it." – Ian Phau

"Just take the price point for a start. If you look at your aspirational brands, your H&M for example, all of the fast-fashion brands, they will offer things like discounts and promotions. But if you look at Louis Vuitton, there’s no such thing as a promotion," Phau explains.

"When you talk about the luxury industry, you are talking about exclusivity, scarcity, rarity. So the less of that particular product, the more consumers want it.

"I would say the successful brands are the ones that set the tone, set the innovation, set the trend for others to look at. And they have a very strong focus on brand culture. The culture of the brand has to be consistent, has to have a very strong personality and must really act on what the brand stands for."

Incredibly, the past few years of COVID-19 lockdowns and supply chain issues have actually proven lucrative for the luxury brands. Phau describes them as "recession proof" because it has allowed them to play into their favoured ploy – focusing on scarcity and using it to raise prices to ever more stratospheric levels.

"Brands like Chanel and so on have raised their prices by 25 per cent every quarter over the past few years and that builds on to the rarity aspect of it," he explains.

"I actually interviewed a consumer in Shanghai in early 2020 who loved Chanel like crazy. She had been saving to get a Chanel handbag that was about US$18,000, but because of the COVID-19 pandemic there was a lockdown so all the physical stores were closed and she couldn’t get hold of it. 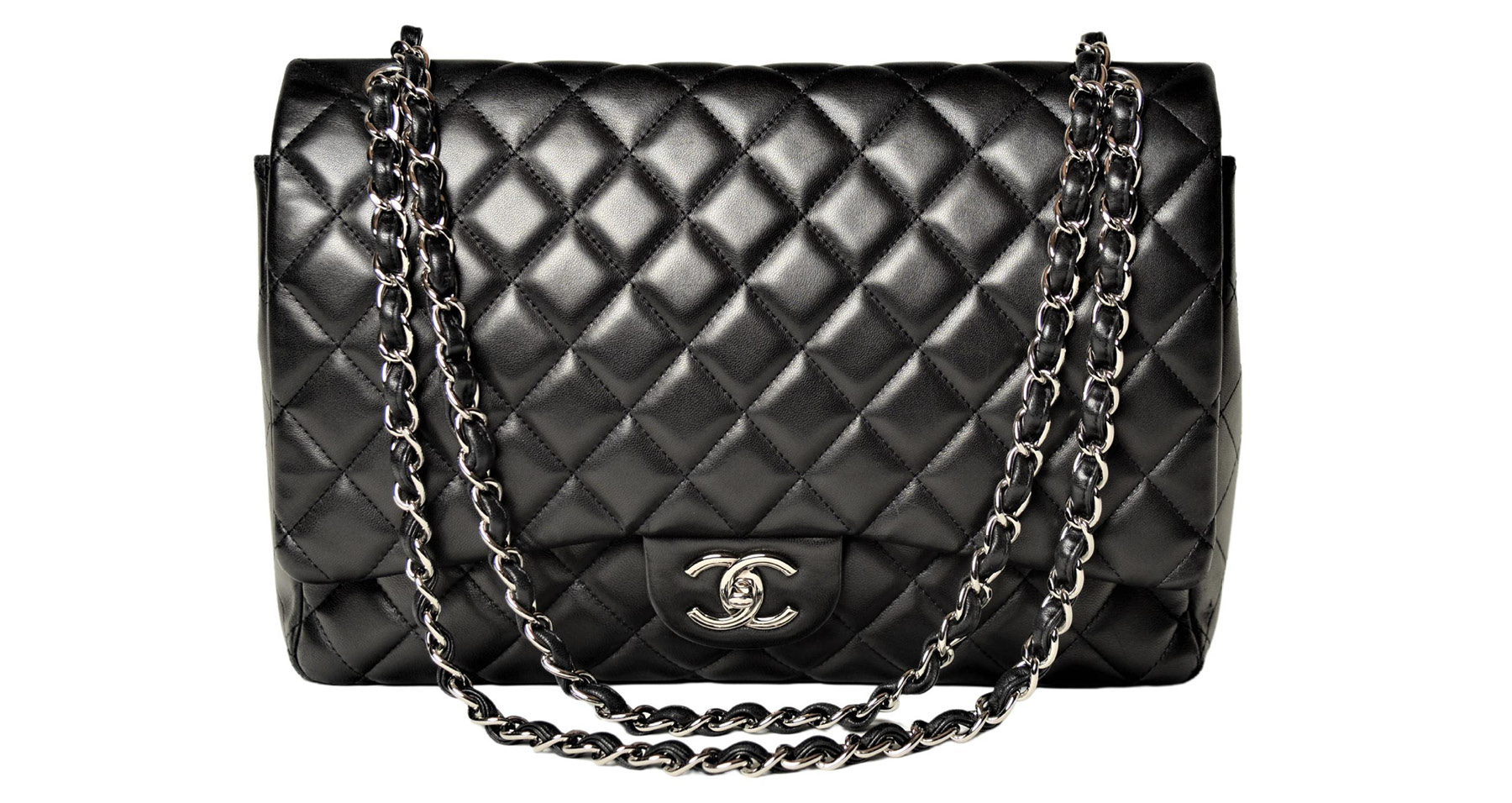 "After three months or so when the stores reopened, the price had gone up by 25 per cent and she couldn’t afford it any more. I literally have her crying on camera because she lost the opportunity to buy it.

"If you look at the price point of their product two years ago, since then it has probably gone up two or three times in total. So luxury brands work in a totally different way because the whole idea is to build on scarcity, rarity and exclusivity."

For almost all brands, even the most luxurious, advertising is an important way of keeping their profile high in the mind’s eye of consumers.

However, there is one giant outlier: Tesla, the world’s most valuable (or overvalued) car company, which threw out the marketing playbook from day one and spends very few of its billions of dollars on traditional campaigns.

Garg says it has been incredible to watch how Tesla has eschewed the conventional marketing plans of advertising, promotion, product placement and co-branding. "Instead, it has relied almost exclusively on publicity and PR in the sense that their CEO is the brand – Elon Musk is Tesla," Garg explains.

"Everything he does or says is covered and it makes Tesla salient in people’s minds so there’s a lot of word-of-mouth going on. I have a friend who actually said, ‘Oh, I just got my Tesla, which was on my bucket list.’ I mean, really? Bucket list?

"They have created a cult status for their brand in a way. Initially there was scarcity, but now, it’s going to the masses and it’s seen as an innovator in the marketplace.

"And because of the hype, Tesla has become like the Apple of cars, right? Tesla symbolises innovation, it symbolises technology, it symbolises superiority on those dimensions, which creates a halo effect for the consumer in terms of how it signals, ‘I am ahead of the curve.'"

The task for other car brands, like Mazda, is far more traditional but no less challenging, and branding is still extremely powerful.

Zoom Zooming past the competition

In Australia, Mazda is the second biggest-selling car brand, a position it’s far from holding anywhere else in the world – in Europe, Mazda comes in at 18th. Indeed, in terms of market share, Australia is Mazda’s number one market and a lot of that success comes down to just one word repeated: ‘Zoom Zoom’.

Alastair Doak, Marketing Director at Mazda Australia, says the launch of that memorable campaign and tagline back in 2000 was an enormous success. 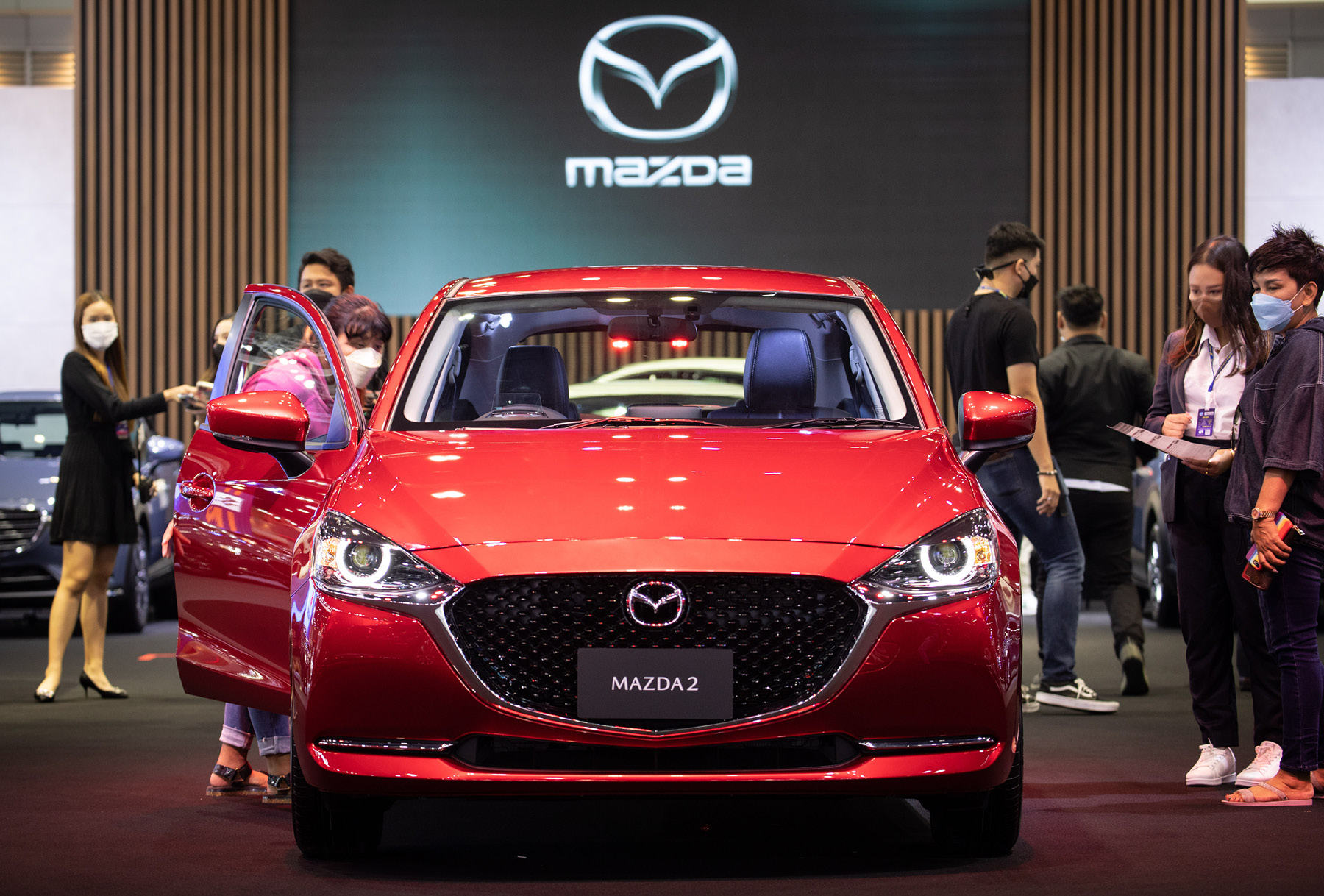 In terms of market share, Australia is Mazda’s number one market and a lot of that success comes down to just one word repeated: ‘Zoom Zoom’.

"It really tapped into the idea that Mazda is a little bit special, that it’s a bit sporty, and I think the ‘Zoom Zoom’ tagline really encapsulated what it means to most people in Australia. That’s why we’ve stuck with it in Australia – it’s still there and it’s still an incredibly powerful message," Doak explains.

"It’s not used globally any more, they use ‘Feel Alive’ in the US and ‘Drive Together’ in Europe. You have to have something that genuinely means something, that reflects the brand’s values, and for our markets, ‘Zoom Zoom’ has just been incredibly successful."

Too big to fail?

Consumers are, of course, extremely fickle, as the war between Microsoft and Apple clearly proves. So is there any such thing as a brand that’s too big to fail? Garg doesn't think so.

"We’ve seen enough examples of brands that seemed invincible and then suddenly, they’re nowhere," she says. "You might seem like you’re in a very powerful position, but if you don’t keep up with the current offerings, if you’re not at the top of your game, it is easy for competition to knock you down.

"One example is Kodak who were the biggest in the marketplace, right? These days, if you look at the film sales, and even the brand itself, it has just disappeared, which is amazing. How can a brand that big that was number one in its category just disappear? Because they completely missed that opportunity to be the first in digital, or even the second in digital. Kodak had so much brand equity – people associated them with photography – and they lost the plot.

"So I don’t think any of these brands take their position for granted. Or at least they shouldn’t because very quickly consumers can let us know that tomorrow, if there’s a better offering out there, they’ll move on."

Read next: 10 of the most powerful luxury brands today

By Stephen Corby
Stephen has worked for newspapers, magazines and websites in Australia and England across a career spanning 24 years and was formerly the editor of both TopGear Australia and Wheels magazines.
Related Articles
Inspiring The Business World
The CEO Magazine is more than a business title; it’s a source of information, inspiration and motivation for the world’s most successful leaders, executives, investors and entrepreneurs. Our content creates conversations, our voice is the one that matters.