The Bambusoideae species of perennial flowering grasses – better known as bamboo – has been central to most South-East Asian cultures for thousands of years.

Its ultra-strong, lightweight stems are ideal for building houses, fences and even suspension bridges. Over centuries, the plant has been used to make furniture, beer, bicycles, clothes and weapons of torture. In parts of the Andaman Islands, it was thought humans evolved from bamboo.

But mention the evergreen panda diet staple to most gardeners and they won’t eulogise about its amazing underwear-making properties or effectiveness as a blow gun. They’re more likely to categorise it as what is technically known as a ‘bloody nuisance’.

And the many reasons why it’s become the plant kingdom’s equivalent of a rodent infestation have been embraced by business academics and multinational corporations as essential attributes for any company with ambitions to shoot up a few new buds of their own.

But before we dive into ways to achieve that, we need a short biology lesson on plant reproduction.

The bamboo’s weapon of choice in its bid for world domination is the rhizome, a pesky underground section of the stem that shoots off a special type of horizontal root that can suddenly produce new stems. 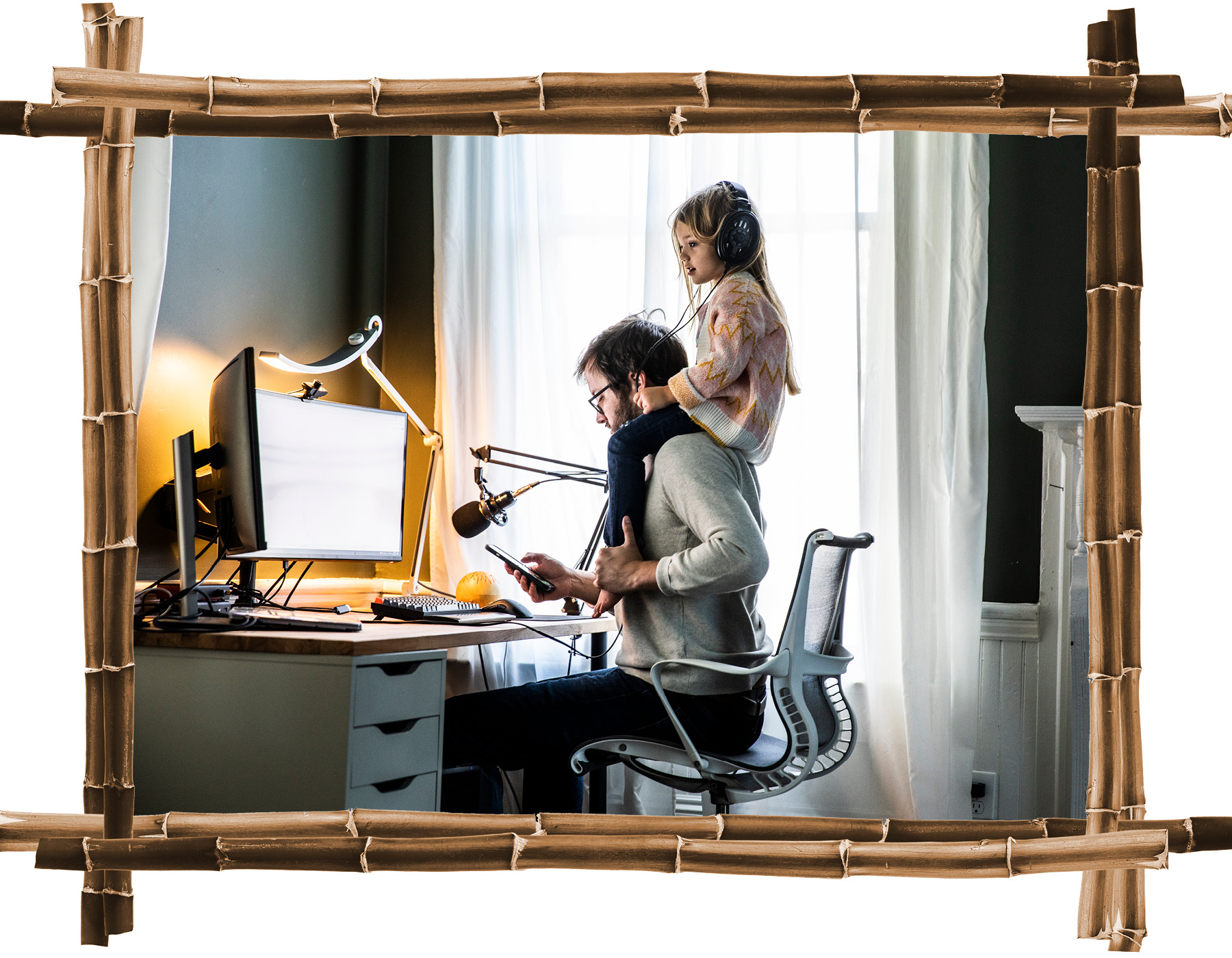 Working from home during the pandemic, agile workers that acquired new skills and adapted to new routines had a competitive advantage

So a decorative bamboo plant in a shady corner of your neat, ornamental shrubbery can become a dense tangle of dozens of decidedly indecorous stems throwing shade over the entire garden. And eradicating it is nigh on impossible without taking a sturdy shovel and excavating the entire area to a depth of several metres. Even then, it’s likely you’ll leave a microscopic clump of severed root that’ll find a way to start the evil spread all over again.

Some species can grow up to a metre in a single day! That’s two-thirds of a millimetre every minute – fast enough to actually watch.

Lengths of root sprout quickly, exploiting the tiniest crevices and throwing up stems when they stumble upon a patch of fertile soil. In times of drought, they bide their time and conserve resources, while the discovery of moisture provokes excited bursts of growth, though only in the parts of the plant within absorbing distance.

Decisions on growth and resource procurement aren’t made from a centralised point, each section of root acts independently on when best to take in nutrients, risk a new stem or propagate.

The Bamboo Principles were conceived by world-renowned US business coach and author Ken Lodi. His eureka moment came after he’d bought a cutting board…

"It had a product tag attached that sang the praises of bamboo and its mystical significance," he tells The CEO Magazine from his Los Angeles office. "Many of the words used to describe bamboo – strength, versatility, foundation-first and contribution – were words I was using when facilitating programs on talents and strengths, and what separates great companies and high achievers from the rest."

"With the recent pandemic, we witnessed how some people were able to ‘bend and flex’, work from home, acquire new skills and adapt to new routines. Versatility gives you a competitive advantage." – Ken Lodi

For Lodi, the key to agile leadership is how quickly and effectively you can pivot when circumstances suddenly change.

"With the recent pandemic, we witnessed how some people were able to ‘bend and flex’, work from home, acquire new skills and adapt to new routines," he says.  "Versatility gives you a competitive advantage." 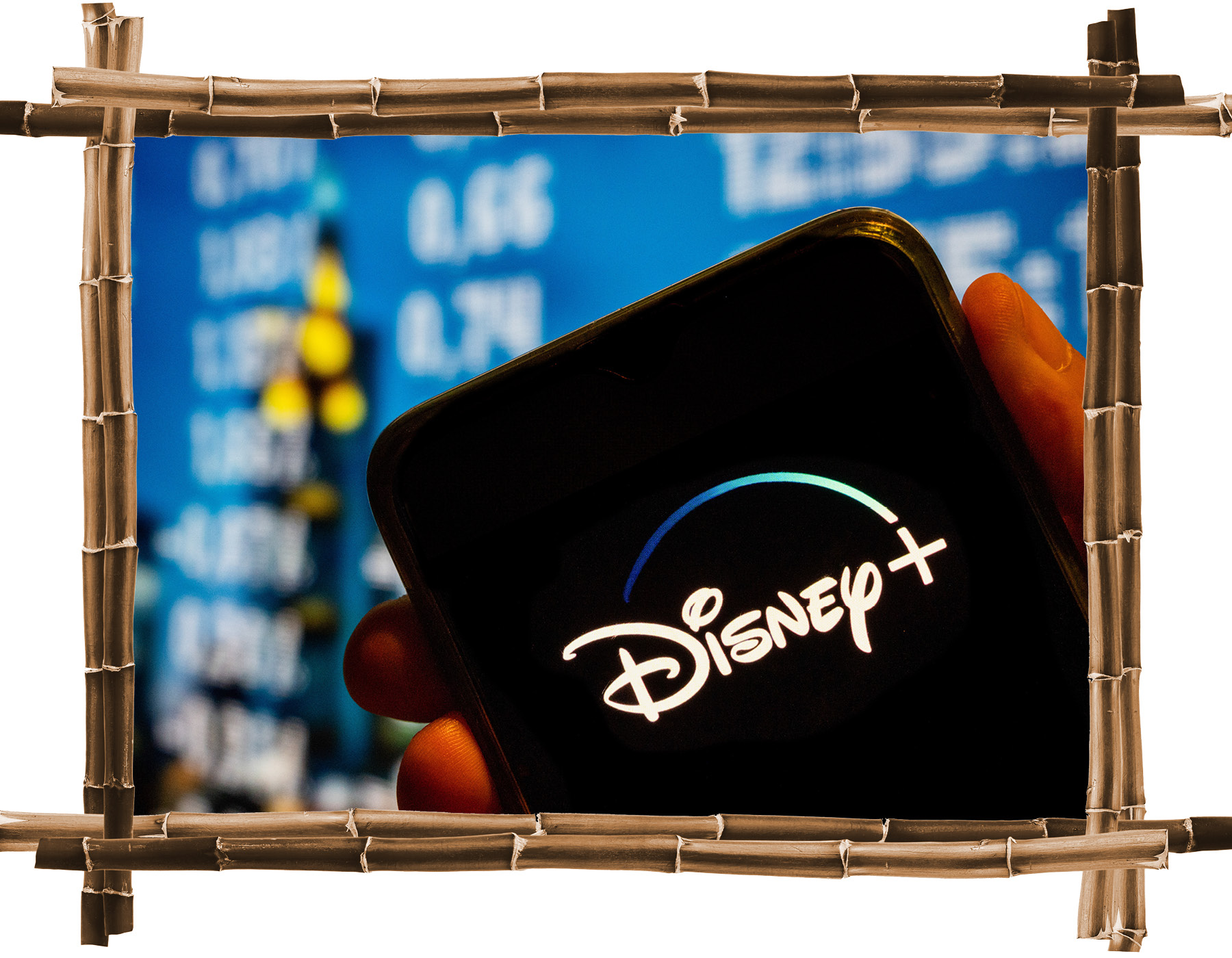 Disney+ subscribers have increased from 26 million in early 2020 to 152.1 million today

Disney bent and flexed quicker than most, diverting major releases from silver to small screen and boosting Disney+ subscriber numbers from 26 million in early 2020 to 152.1 million today.

Zoom, too, didn’t waste much time in making the videoconferencing space its own against some mighty competitors, and taking market leadership in over 40 countries in 2021.

The seven steps outlined in Lodi’s bestselling book, The Bamboo Principle, have been incorporated by hundreds of CEOs and their businesses, including Boeing, PwC, Universal, Lexus, Merrill and Mazda.

The Need for Speed

Until Lodi disrupted the agility space, McKinsey’s self-explanatory 7-S framework ruled the roost – skills, style, strategy, systems, staff, shared values and structure. But the HEC Business School in Paris has, rather impressively, come up with another seven principles that start with a letter ‘S’ that describe bamboo businesses:

HEC’s director of strategy, Veronique Nguyen, warns that short-term profits – and shareholder dividends – of bamboo organisations often take a hit, as disruption and innovation are both textbook precursors of volatility.

She says they will "endure a lower financial valuation, as the negative impact of slack and unpredictability is felt immediately. The benefits of innovative ventures are uncertain and impossible to calibrate."

LinkedIn, Spotify and Google are cited by her as examples of startups that were initially met with scepticism by financial markets, but were soon expanding by the business equivalent of a metre a day. 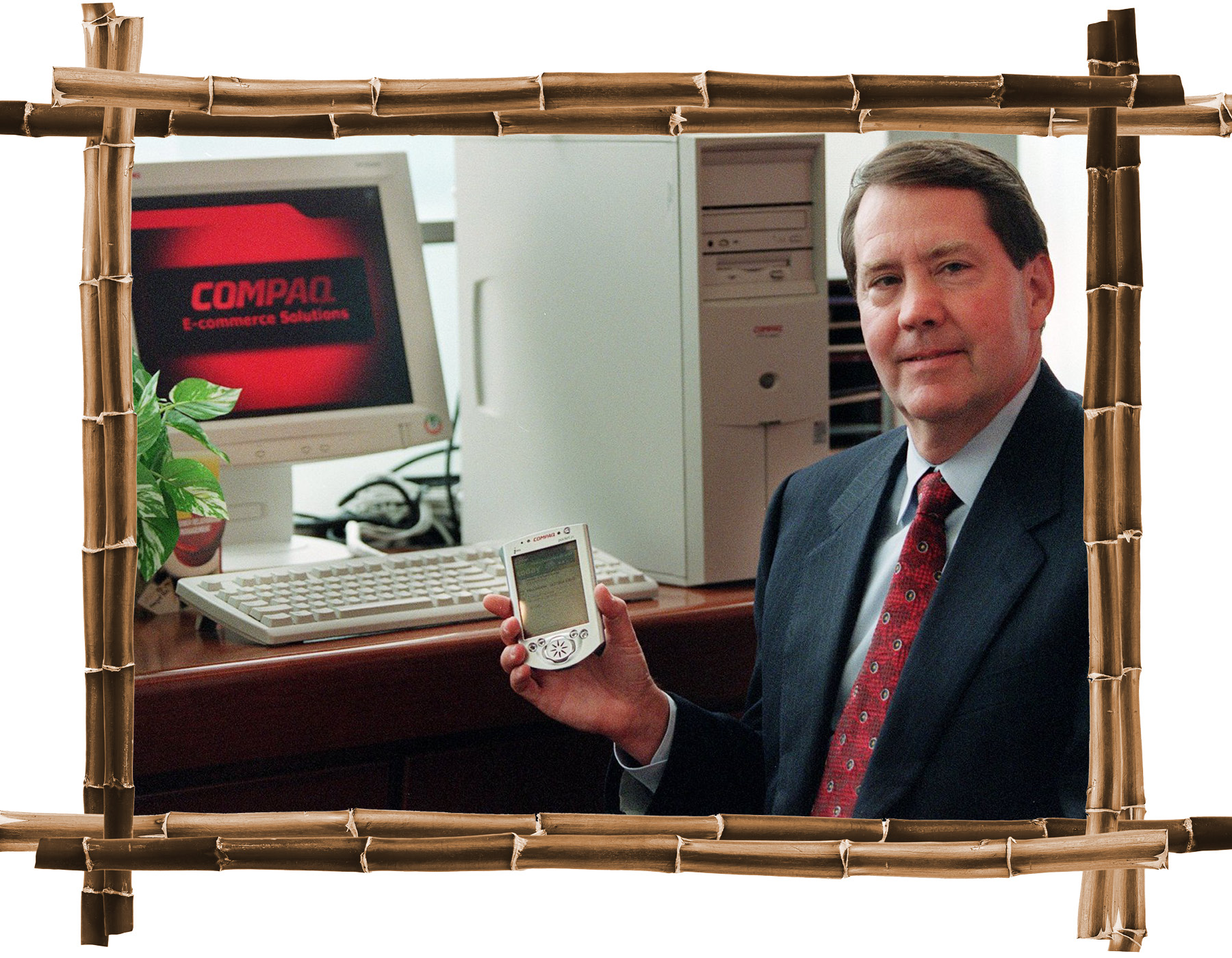 The Agile vs the Fragile

In contrast, there is no shortage of examples of distinctly unbamboo firms that were ‘too big to fail’ and become textbook examples of intransigency and hubris.

Kodak invented the digital camera but didn’t have the singularity and speed to exploit its potential. Toys "R" Us could have invested in its own brand and also taken the chance to become the predominant gaming retailer, but chose not to surprise its customers by doing so.

Then there’s Compaq, the plucky personal computer startup that took on the mighty IBM in the 1990s and won, becoming bigger than Apple with a US$40 billion valuation. Its spectacular downfall was caused by breaching two bamboo rules: simplicity and subsidiarity.

Its squabbling leaders diversified its offering, taking their collective eyes off the ball when it came to the core PC building business and splashing out billions on ill-judged acquisitions. They then didn’t listen when customers told the hapless sales staff that they were switching to Dell because it was cheaper and better. 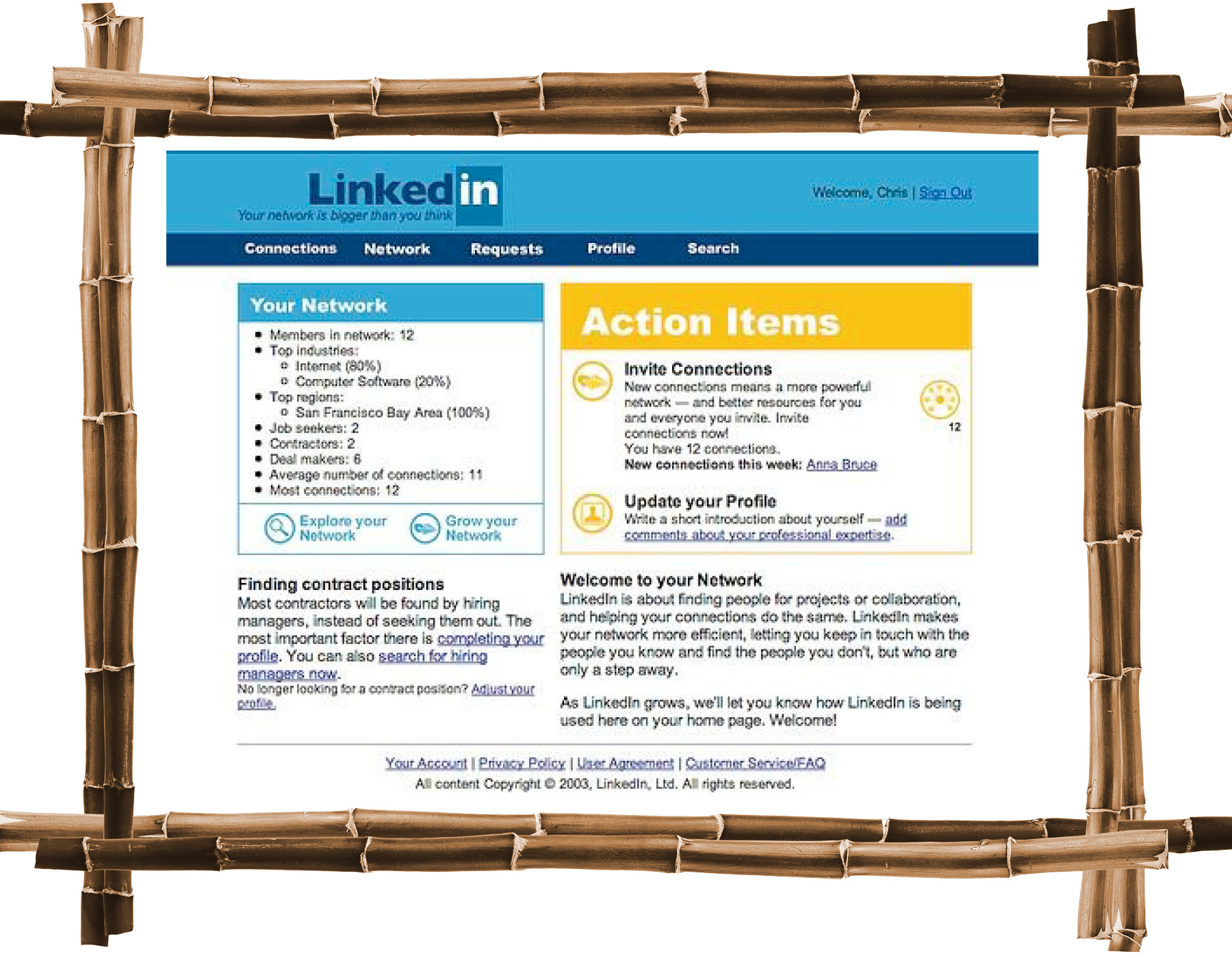 LinkedIn is one example of a company that was initially met with scepticism, but quickly expanding by the business equivalent of a metre a day

More recently, Netflix – itself an adherent to the bamboo commandments – has learned the hard way that no corporation’s dominance is unassailable.

The heightened need to be agile is demonstrated by a look at the Fortune 500, where more than half of the firms that made the grade at the turn of the century have since ceased to exist, while the average life cycle of a company has plummeted from 61 to 18 years in just six decades.

And US companies are proving a lot less agile than their Chinese counterparts. In 2002, the US accounted for 40 per cent of corporations on the list, while China managed just over two per cent. Today the US is down to 24 per cent and has been surpassed by China’s 13-fold increase to 27 per cent. Meanwhile, the number of Japanese and UK representatives has halved.

Not too Big to Fail

The lesson is that large companies can actually be more likely to fail precisely because they are big, in the same way a cruise liner takes longer to heave itself in a different direction than a speed boat.

No-one should underestimate the scale of transformation required for a large, mature business to become agile, according to Simon Hayward, Accenture Managing Director and Global Lead for Leadership and Culture, and CEO of its leadership consultancy, Cirrus.

"Many of our client conversations are focused on how they can become agile enterprises," the author of The Agile Leader tells The CEO Magazine. "Agility requires a major shift in culture and leadership practices from control to empowerment, from hierarchy to value-based organisations of work, from risk-aversion to intelligent risk-taking, from inward to outward looking."

"Agility requires a major shift in culture and leadership practices from control to empowerment, from hierarchy to value-based organisation of work, from risk-aversion to intelligent risk-taking, from inward to outward looking." – Simon Hayward

A lack of such leadership is one of the primary causes of business failure. Hayward has identified four barriers to agility that neatly align with the bamboo principles; but instead of the letter ‘S’ he opts for ‘C’:

Any gardener will attest that bamboo doesn’t really do failure. You can chop it down, set fire to it, spray it with industrial herbicides and rupture your back digging out a root system bigger than a family car, but come spring, it’ll be happily sprouting back, taunting you by somehow spreading over an even wider area. 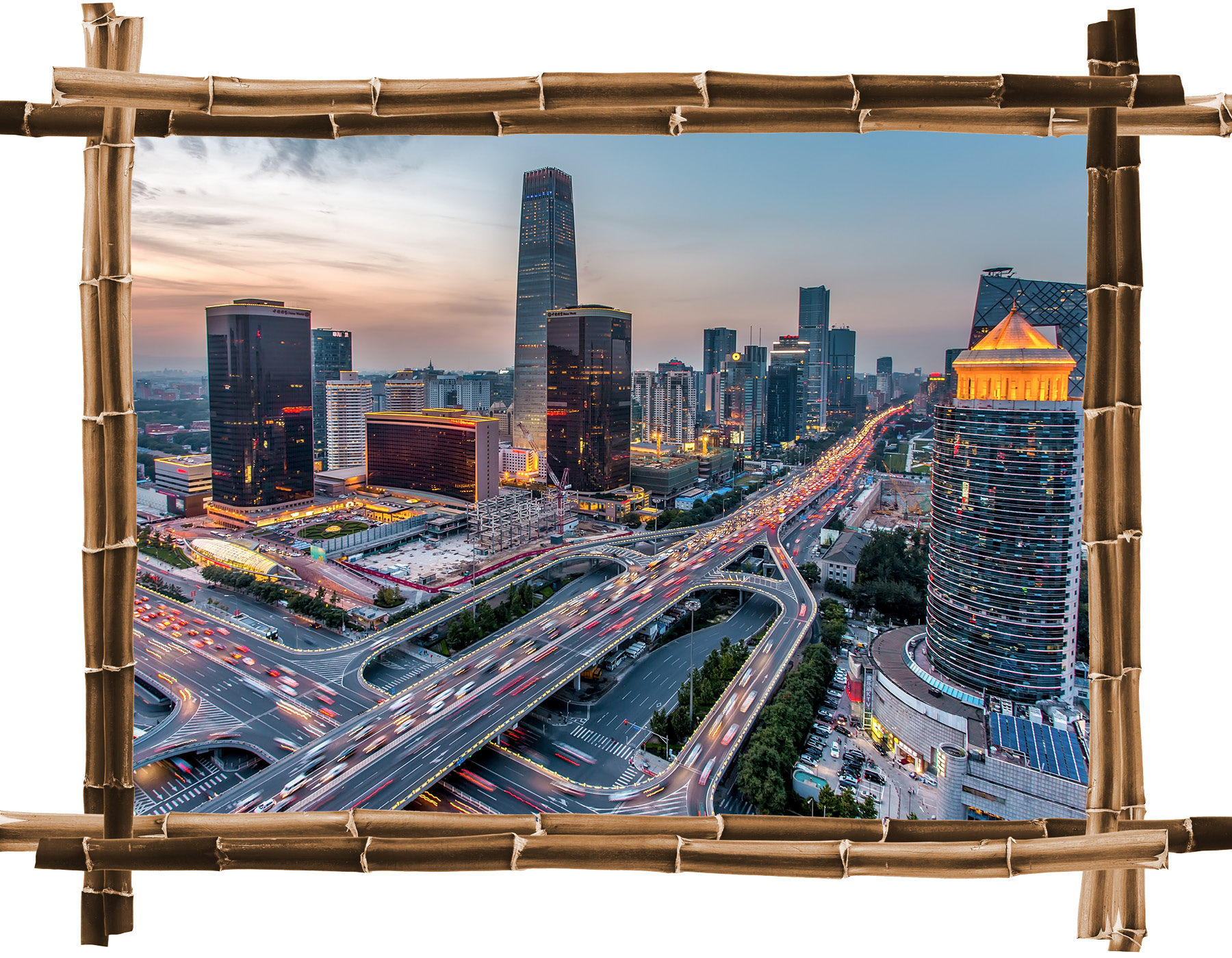 Chinese corporations on the Fortune 500 list have increased 13-fold since 2002, and now surpass US corporations

As we’ve seen, its dogged resilience comes from an ability to establish an indestructible subterranean support network, withstand extreme condition changes and grab every opportunity to charge upwards at breakneck speeds approaching two-thirds of a millimetre a minute.

For any business with competitors operating on those terms, a lack of agility really is an existential threat, with or without a shovel.

Business agility means overhauling organisational capabilities around flexibility and resilience, according to Evan Leybourn, Founder and CEO of the Business Agility Institute – a network with consultancies in more than two dozen countries.

"Change is occurring faster than ever before" he tells The CEO Magazine. "Customers expect more, know more, and will happily go elsewhere if another organisation will serve them better. It’s no longer enough to learn to live with change – agile organisations embrace and leverage it.

"Some start the process by upgrading their IT or changing their products, but that’s not enough. It requires systemic change, and every organisation is only as agile as its least agile function – and that’s not IT anymore!"